The Indian cricket team arrived in Mumbai on Sunday morning after playing in their one-off Twenty20 match against South Africa at the Wanderers in Johannesburg by 11 runs. 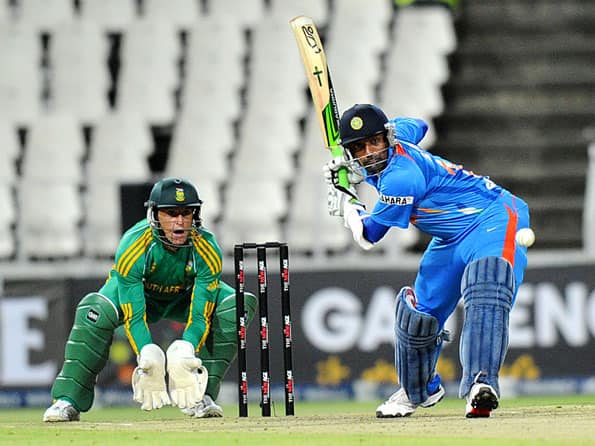 The Indian cricket team arrived in Mumbai on Sunday morning after playing in their one-off Twenty20 match against South Africa at the Wanderers in Johannesburg by 11 runs, according to reports.

Rain came in India’s way as the visitors lost to South Africa by 11 runs via the Duckworth-Lewis method in the one-off Twenty20 match on Friday.

Chasing South Africa’s 219 for four, India were fairly well placed at 71 for no loss in 7.5 overs, 11 runs behind the par score under the D/L method, after which rains washed away the game.

The match was called off at 8.35pm local time after an hour-long interruption. Earlier India’s bowlers were taken to the cleaners by Colin Ingram (78) and Jacques Kallis (61) as South Africa piled up an imposing total. But Gautam Gambhir led India’s riposte with a quickfire 49 off 28 balls.

The left-hander along with Robin Uthappa (18 off 19) added 71 runs runs for the first wicket in no time, keeping India in the hunt for a stunning win at the New Wanderers.

However, as it turned out, it was not the most appropriate end to a match whose proceeds will be going to charity, for the Jacques Kallis Foundation.

The Indian cricketers will now join their respective franchises to prepare fot the fifth edition of the Indian Premier League, which begins on April 5.

IPL 2012: Gold coins for Delhi Daredevils if they win IPL 5