Teams for Australia's intra-squad match ahead of Ashes 2019 announced

Teams for Australia's intra-squad match ahead of Ashes 2019 announced

This would the only red-ball practice for players involved in Australia's ICC Cricket World Cup campaign, that ended at the hands of eventual winners England in the semi-final, earlier in the month.

The teams for the much anticipated Australia‘s intra-squad match between regular Test players and Test hopefuls have been announced with Tim Paine leading the Hick XII, batting coach Graeme Hick while the Haddin XII, chosen coach Brad Haddin, will be led by Travis Head.

The match will act as a precursor for the Ashes series, starting August 1 and the inputs from this fixture will be considered in by head coach Justin Langer and national selector Trevor Hohns. The two 12-player sides were picked draft-style on Friday night in Southampton.

This would the only red-ball practice for players involved in Australia’s ICC Cricket World Cup campaign, that ended at the hands of eventual winners England in the semi-final, earlier in the month.

For Hick XII, Joe Burns and Cameron Bancroft will open with Steve Smith in at No.3. Test hopefuls Peter Handscomb, Matthew Wade and Mitchell Marsh combine for Hick XII’s middle-order while skipper Paine, batting at No.6, will have the luxury of a returning James Pattinson leading the pace attack consisting Michael Neser, Jasckson Birg andChris Tremain. Lyon is the sole spinner in Hick XII.

For Haddin XII, this match will the first time David Warner and Marcus Harris will combine up top playing for Haddin XII while Kurtis Patterson will have the chance to prove his mettle at No.3. Skipper Head, County Division 2’s leading run-getter Marnus Labhuschagne and youngster Will Pucovski compete the middle-order. Behind the wicket with gloves in hand for Haddin XII will be the find of the World Cup 2019, Alex Carey and he will have to keep wickets for the pace quartet of Pat cummins, Mitchell Starc, Peter Siddle and Josh Hazlewood. Jon Holland is the sole spinner in Haddin XII.

The two sides will practice at separate times prior to the match, which begins at 3:30 IST on Tuesday. 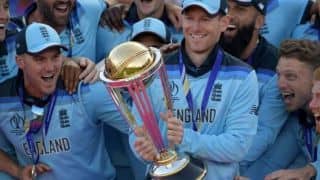 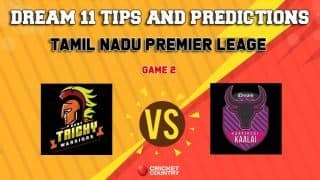