"Aaj zindagi ki haar jeet ki bet lagalo (Mumbai Indians) pe’ (place a bet of a lifetime). These were the words of umpire Asad Rauf to Vindoo during a phone conversation on May 15, 2013 — the day Chennai Super Kings was to play against Mumbai Indians in the Indian Premier League (IPL). 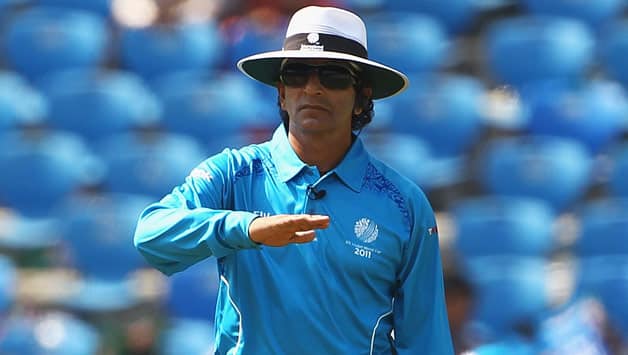 “Aaj zindagi ki haar jeet ki bet lagalo (Mumbai Indians) pe’ (place a bet of a lifetime). These were the words of umpire Asad Rauf to Vindoo Dara Singh during a phone conversation on May 15, 2013 — the day Chennai Super Kings was to play against Mumbai Indians in the Indian Premier League (IPL).

Rauf was tipping off Vindoo to bet as much money as he wants on Mumbai Indians in the day’s match. Vindoo did so and not surprisingly, the team won.

The intercepts of this conversation (the call was made at 1:29pm) are with the crime branch. Asad had leaked vital information about the match to Vindoo, helping him in placing bets.

Between April 12 and May 17, a total of 80 calls were exchanged between Vindoo and Rauf. The SIM card that Rauf used was in the name of T Sunilkumar Narayan, a resident of Bangalore. Narayan had got this SIM card on the instructions of Sanjay Chabra, a wanted accused, who then handed it over to Rauf.

Rauf, in a conversation on May 12 with Vindoo, asked him to instruct bookie Sanjay Jaipur to board a plane and get his gifts along. Rauf also gave lessons to Vindoo on how to bet and how much to bet. Rauf’s voice, in the intercepts, has been identified by two witnesses.

A source said keeping in mind the logistics of the information passed on to Vindoo, the entire decisions taken in the match should be scrutinised.

On the same day, before the match started, Vindoo called up a bookie Pawan Jaipur and said that they will recover the price of the gold chains that had been gifted to Rauf if they placed bets on Mumbai.

On May 16, Pawan called up Vindoo to inform him about the arrest of bookie Ramesh Vyas during a raid by the crime branch sleuths.

He asked Vindoo to call Rauf and instruct him to destroy the SIM card that he had given him. Vindoo passed on the message to Rauf.

Along with this, police also have intercepts of conversations between CSK team principal Gurunath Meiyappan and Vindoo on May 12 in which the former said that his team CSK (playing against Rajasthan Royals in Jaipur) would score between 130 and 140 runs.

Meiyappan placed bets against his own team and won partly for himself and for Vindoo. Police also have the hotel registers and CCTV footage to prove that Vindoo had stayed with bookie Pawan in hotel Novotel and with Sanjay at hotel Oakwood. It is estimated that Meiyppan could have lost at least Rs 1 crore in the IPL season.

The chargesheet has claimed that as per Vindoo’s statement, despite Meiyppan being team principal of Chennai Super Kings, he approached Vindoo to place huge bets in the IPL matches.

The agencies claim that they have enough evidence against Meiyappan to prove their case. The agency maintains that they have tapped the calls exchanged between Meiyappan, Vindoo and others, which show that the CSK boss was involved in the betting and that one of the witness has identified his voice.

The chargesheet reads, “On May 14, at around 2 .44 pm, when Meiyappan was in a yacht, Vindoo called him [Meiyappan] and started reprimanding him and said, ‘As you are the boss, go there (to the field) what those people is (are) thinking I want (to know) exactly’.”

Same day at 7.26 pm when Vindoo asked Meiyppan about the toss, the latter replied in affirmative saying, “We (will) win 100 per cent.’” He added that there were no other changes in the team.

(Pranali Lotlikar is a journalist with DNA)