Dubai-based network which eventually won the rights for the two series had initially bid only USD 2.9 million.

According to reliable sources in the board aware of the developments, the Dubai based network which eventually won the rights for the two series had initially bid only USD 2.9 million for the two series although the PCB had kept a reserve price of USD 8 million.

“No one else took part in the bidding process except for the Dubai based channel and when their bid was opened the PCB bid committee headed by former ICC Chairman Ehsan Mani got a shock to see they had offered only USD 2.9 million,” a source told PTI.

“Zahid Noorani, who appeared on behalf of the Dubai based channel made it clear that since they were the only bidders for the rights they would not raise their offer leaving the PCB in a fix,” the source added.

He said it was then that the bid committee gave Noorani sometime to review his bid as it was too low for them to accept.

“In the meantime, some PCB officials got in touch with two Indian companies, Nimbus and Sportysolutionz and convinced them to also send in bids for the broadcasting rights,” the source added.

He said Sportysolutionz offered a bid of USD 4.8 million while later Nimbus also submitted a written bid of USD 5.1 million.

“It was due to these two bids from the Indian companies that the Dubai based channel was then told to raise its offer and they finally went up to $5.4 million for which the rights have been sold,” the source stated.

The source said Zahid Noorani had also sent a written complaint to the PCB during the bidding process in which he objected to the late inclusion of the other bidders and also alleged that some officials in the board had leaked out their bid amount to the Indian companies. 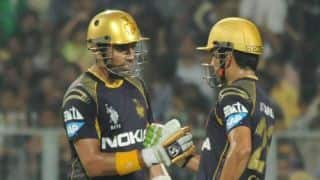