Noted sports psychologist Sandy Gordon, who worked with the Indian cricket team from 2002-05, opines that senior cricketers Sachin Tendulkar and Rahul Dravid cannot be bogged down by pressure. 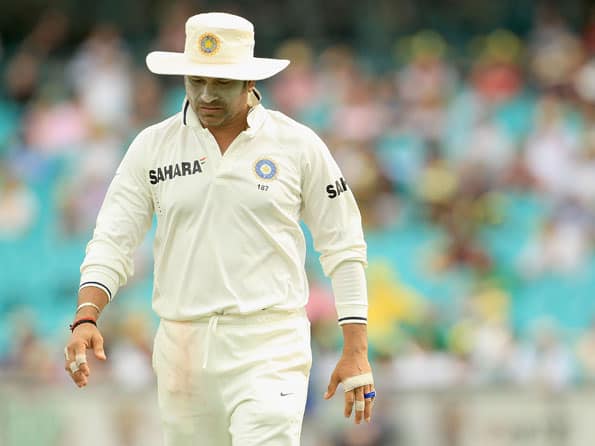 Noted sports psychologist Sandy Gordon, who worked with the Indian cricket team from 2002-05, opines that senior cricketers Sachin Tendulkar and Rahul Dravid cannot be bogged down by pressure.

Several reportes in the media have claimed that Tendulkar is under pressure for hitting his 100th international ton, as he has gone 17 Test innings and four one-dayers without a century despite twice entering into 90s.

“I’ve worked with many of the players in the team, and I must admit they are quite positive. They never let the situation bog them down. Guys like Sachin (Tendulkar) and Rahul (Dravid) are always mentally prepared to face any situation,” he added.

Gordon is shocked to learn that for a mentally challenging three-month tour of Australia, the Board of Control for Cricket in India (BCCI) decided to send the team without a sports psychologist, Hindustan Times reported.

“Sports science is very thorough and there are no half-measures. It’s like playing golf you need all 14 clubs to be at your best. The same way, you need full support staff for the team to perform at its best and a psychologist plays a very important part in that crew,” Gordon said.

“When you’re on tour, each individual player needs someone other than the coaches to talk to. They need someone with whom they can share thoughts in a private environment knowing that the conversation won’t leave the room. It’s especially helpful for some of the younger players in the mix,” the noted psychologist said, pointing towards the controversies involving Virat Kohli and Ishant Sharma.

The report said that both Ishant and Virat cracked under pressure and retaliated to fans heckling by showing the middle finger.