If BCCI conflict of interest is put into effect, it will deny cricketers from having any commercial interests associated with the game.

The Board of Control for Cricket in India (BCCI) that recently asked all the state cricket associations to sign the agreement of conflict of interest has planned to take the process underway very soon and the consequences might see names of the legends Sachin Tendulakar, Rahul Dravid and Anil Kumble among the members who would be dragged in the issue. If BCCI’s this undertaking is put into effect, the international retired cricketers will face difficulty in continuing their respective posts in the cricket board. READ: Virat Kohli clarifies perceived statement on MS Dhoni

According to a report from The Indian Express, the members of cricket associations will be denied from having any commercial interests associated with the game, comes at a time when the Justice Lodha committee is looking into organisational reforms in the body. Here is the list of the BCCI members who may run foul of the undertaking:

Rahul Dravid: Coach, India U-19 and India ‘A’, he is Mentor, Rajasthan Royals.

Anil Kumble: Chairman, BCCI’s technical committee, he is Mentor, Mumbai Indians, and co-founder of Tenvic, a company in the business of sports training and consulting.

Ravi Shastri: Director, Indian cricket team, and contracted to the BCCI as commentator. Last commentary assignment was the ongoing Ashes. He is Member, IPL governing council.

Sunil Gavaskar: Contracted to the BCCI as commentator. He runs Professional Management Group, a sports marketing agency that has signed on a number of cricketers, including Mumbai batsman Sarfaraz Khan.

While other cricketers did not respond on the issue, Brijish Patel said,”There’s no point targeting cricketer because the BCCI appointed them despite their IPL contracts. I think we should wait for the Lodha committee report before taking a decision.” READ: Virat Kohli comfortable with BCCI introducing ‘Code of Ethics’

‘Streaking’ in a nude cricket match! 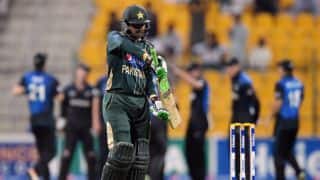