Sachin Tendulkar may have realised a long-cherished dream of owning a house, but he is yet to obtain an Occupancy Certificate from the city's civic body. 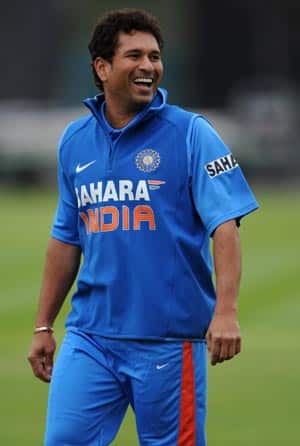 Sachin Tendulkar may have realised a long-cherished dream of owning a house, but he is yet to obtain an Occupancy Certificate from the city’s civic body.

According to a Bombay Municipal Corporation (BMC) official, the cricketer will will have to pay penalty to the Mumbai civic body as he flouted rules by moving into the house without getting the certificate.

“We have not given the OC to Sachin. It is still under process and will take at least ten days. Till we receive all the documents and audit charges from him, we can’t issue the OC,” chief engineer (Development Planning), Rajesh Kukunoor told PTI.

As per the BMC’s law, one cannot enter a flat or a building for which an OC has not been procured.

“If he starts staying in the house before obtaining an OC, we do impose penalty on him. These are occupancy charges,” he said.

“It was wrong (on Tendulkar’s part) to perform a ‘grihapravesh’ if the corporation has not certified the building fit for human habitation,” another official said.

Mayor Shraddha Jadhav said there cannot be exceptions to the rule.

“The law is the same for everybody, be it a bigwig or a commoner,” she said.