There were some who even took a dig at Vaughan. "He looks to have better technique than u Michael what u say?" a fan tweeted. 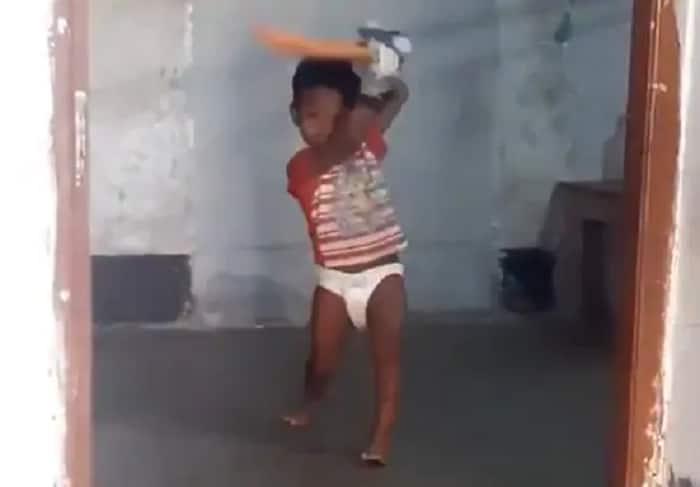 Former England captain Michael Vaughan recently tweeted a video of a child donning a t-shirt, diapers and a pair of gloves, playing some sumptuous drives.

In the video, the kid is engaged in some practice inside a closed room where he’s seen playing some fine-looking drives off the front foot as the ball is thrown at him. It was actually a surprise to see the kid displays good technique, getting his front foot forward and then meeting the ball with the full face of the bat, playing some great lofted straight drives.

Surely he has an English cat or dog … 😜 https://t.co/WtIvAXDrd5

“Surely he has an English cat or dog…” Vaughan wrote while tweeting the video.

Some users heaped praise on the kid calling him the next Sachin Tendulkar while some in jest asked for more testing deliveries for the young batsman. “Proper cricket style,” one user tweeted.

“Wow, he has the eye and reflexes of Steve Smith!” another fan wrote.

Other fans wanted to see how the youngster would fare if faced with some bouncers. “He needs to be bounced get him back in his creese a bit, too cocky lol,” a user tweeted.

“Give him a bouncer,” wrote a fan, to which another came up with a hilarious response: “Only batsman who could duck a bouncer and get bowled!”

There were some who even took a dig at Vaughan. “He looks to have better technique than u Michael what u say?” a fan tweeted.

Absolutely .. mine were bigger .. although I did manage 3 Tons in 8 Tests against him .. #OnOn https://t.co/QkwPWkvBQk

“Are those the same brand of nappies you wore when you were facing Brett Lee?” another user tweeted.

Michael Vaughan responded to the jibe, tweeting: “Absolutely .. mine were bigger .. although I did manage 3 Tons in 8 Tests against him.” 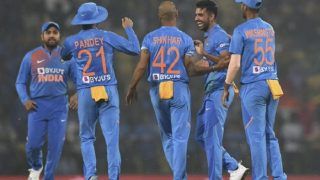 Rohit Told Me That He Will Use Me Like Bumrah: Chahar 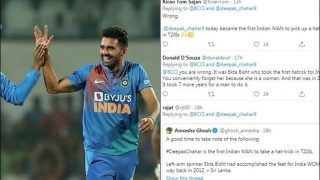 BCCI Trolled After Tweeting Deepak Chahar as First Indian to Take Hat-Trick in T20Is, Fans Rectify Saying Ekta Bisht Was The One