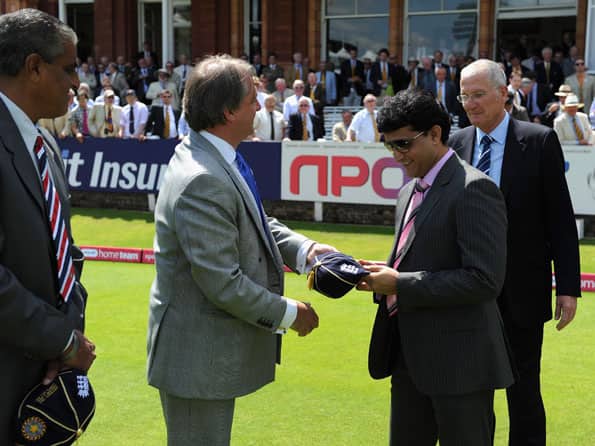 Ganguly was quoted in Mid Day as saying, “His dismissal (by Bresnan) proved that cricket is a one-ball game. It doesn’t matter how much you have your eye in, one good ball can get you out.

“I know the entire nation is disappointed. A century from his blade would have at least given some respite to them since it has been a forgettable tour.”

But Ganguly was optimistic that the landmark will be achieved by the little master in limited-over format.

He said,”I am pretty confident that his hundred will come in the one-dayers. Let’s not foget Tendulkar is only human after all. He has reached 99 hundreds, so obviously he will get to the 100 mark. I cannot stop being proud of him,” added the former Indian captain.

“When I went to England for the first time with Kailash Gattani’s Star Cricket Club as a teenager, Sachin was part of that team too. I observed him and had no doubts that he would blossom into a great player. It’s been an incredible journey,” said Ganguly.

“In fact, he has not had a bad Test series in England. He started batting well at Lord’s itself. It’s just one those series when things don’t click,”said Dada admitting he was fortunate to have seen Tendulkar’s greatest efforts first hand.

We dominated a very good side: Flower