Former Pakistan captain Wasim Akram feels the fourth Test at The Oval will provide Sachin Tendulkar with an ideal opportunity to reach the milestone of scoring 100 international centuries, in the ongoing four-match series against England. 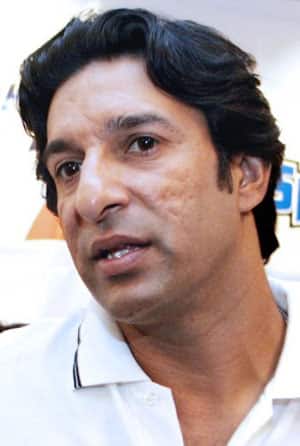 Former Pakistan captain Wasim Akram feels the fourth Test at The Oval will provide Sachin Tendulkar with an ideal opportunity to reach the milestone of scoring 100 international centuries, in the ongoing four-match series against England.

The Oval is the venue for the fourth and final Test.

Akram is, however, not certain if the champion batsman would be able to get to the landmark in the third Test at Edgbaston, where the ball swings around, and the pressure would be on India to come back into the series.

“I think Tendulkar will reach the milestone in the fourth Test at the oval where he has the best chance of creating history. But I have no doubt he will get this milestone and become the first batsman to achieve this record,” Akram told reporters in Karachi.

He was in the city to attend the opening of a T20 corporate tournament being organised by former captain and close friend, Moin Khan at a brand new ground in the posh Defence Housing Society area here.

Akram said the pressure comes from the fact that Tendulkar is standing on the threshold of achieving a landmark no cricketer has come close to in the history of the game.

“There has been so much hype and build up to this series and particularly around Tendulkar’s milestone that obviously the pressure must be felt by the great batsman. Even the greatest of batsman feel the pressure in such situations.”

Akram said Tendulkar had not batted badly so far in the series, considering the conditions in England.

“You need a bit of luck in English conditions where the ball does a lot and unfortunately he has not got that bit of luck. But I think his best chance of scoring his 100th international hundred will be at the Oval,” he added.

The pacer, who has played a number of times against Tendulkar, said there was no doubt about the greatness of the Indian.

“To be able to score 100th international hundreds is an amazing achievement and I don’t see anyone coming close to it for a long long time,” Akram said.

India, who have lost the first two Tests by huge margins, are grappling with several fitness issues with top players like Zaheer Khan, Yuvraj Singh and Harbhajan Singh down with injuries.