India picked Sachin Tendulkar on Sunday for the tri-series in Australia, ending the star batsman's self-imposed exile from one-day cricket outside the World Cup. 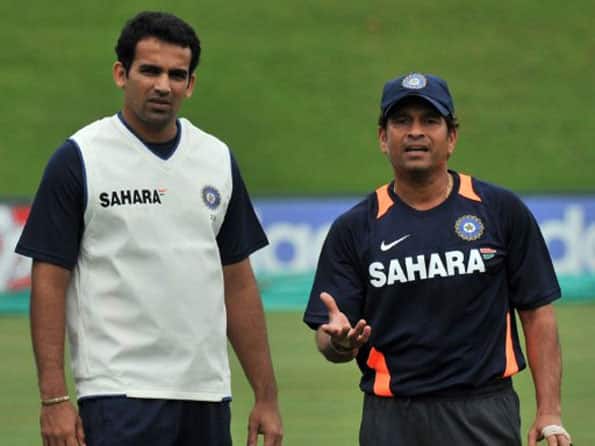 India picked Sachin Tendulkar on Sunday for the tri-series in Australia, ending the star batsman’s self-imposed exile from one-day cricket outside the World Cup.

Tendulkar, the world’s leading one-day batsman who is chasing his 100th international century, was included in a 17-man squad for the tri-series against Australia and Sri Lanka, to be played from February 5 to March 8.

The same squad, led by Mahendra Singh Dhoni, will also feature in two Twenty20 internationals against hosts Australia in Sydney on February 1 and in Melbourne on February 3.

His inclusion means Tendulkar will have further opportunities to record a 100th ton if he is unable to achieve the landmark in the final Test against Australia in Adelaide later this month.

The Indian cricket board announced the squad on the day Dhoni’s men were thrashed by an innings and 37 runs in the Perth Test to give Australia a decisive 3-0 lead in the four-match series.

It was India’s seventh successive Test defeat abroad, following their 4-0 rout in England last year, in a dismal run that has taken the sheen off their limited-overs World Cup victory last April.

Tendulkar, who turns 39 in April, has played in just four of India’s 47 one-day internationals outside the World Cup in the last two years, preferring to rest and concentrate on Test matches.

His record 18,111 runs in 453 one-day matches with 48 centuries includes the first-ever double-century in one-day cricket, an unbeaten 200 against South Africa in Gwalior in February 2010.

He was the star performer in India’s World Cup victory, with 482 runs in nine matches, second only to Sri Lankan Tillakaratne Dilshan’s 500 runs in as many games.

There was no place in the squad for the World Cup’s man of the tournament Yuvraj Singh, who has yet to regain full fitness after being treated for a non-malignant lung tumour.

Fast bowler Ishant Sharma, currently playing in the Test series, has been rested as seamers Praveen Kumar and Irfan Pathan join the new-ball attack for the one-dayers.

Veteran batsmen Rahul Dravid and VVS Laxman, who do not play one-day cricket any more, will return home after the final Test.(AFP)