India take on Afghanistan in their inaugural Test from June 14.

Afghanistan are gearing up to tour India for their inaugural Test starting June 14 at M Chinnaswamy Stadium, Bengaluru. Unfortunately, several frontline India players will miss the match. Among them playing a second string side. Among them is Virat Kohli, who will be busy with his stint for Surrey to prepare for the upcoming England tour. Dilip Vengsarkar has now thrown his rabbit into the hat, saying that the Afghanistan Test has been wrongly scheduled: “I feel the Afghanistan Test is wrongly scheduled. They (BCCI) should’ve concentrated more on the England tour … Of course, there is an FTP, there is a Test programme, and you have to adhere to it. But then, this is a Test match. You can’t take it lightly. This is Afghanistan’s first match, and they must be very keen to establish themselves at the international level.”

Speaking on the sidelines of an event organised by School Games Federation of India (SGFI), Vengsarkar backed Kohli about his decision to play for Surrey: “It’s a good decision. He will get time to acclimatise to the conditions. The last tour wasn’t very good for him. So it is very critical for him. So he’s very keen to be there early, which is a good thing.”

India are due to play England in a grueling 5-Test series starting July. Vengsarkar weighed upon India’s chances as well. He said: “I expect a lot from the Indian team on the tour of England … simply because we’ve got fast bowlers now, and a lot of options in fast bowlers, which wasn’t the case before. It’s a good thing for Indian cricket. We’ve a balanced team. Since our pacers are very good at the international level, we should be able to win.”

He also said that Cheteshwar Pujara should have continued to play county cricket: “If I was a selector, I would’ve asked Pujara also to stay back and play county cricket because these are the guys who’re going to play in England. Playing in India against Afghanistan, for the time, makes no sense. Pujara’s coming back from England to play Afghanistan defies logic because he was playing in county cricket, where, at the moment, he isn’t very consistent. So, he would’ve got more chances to play in England, scored runs and got into the groove.” 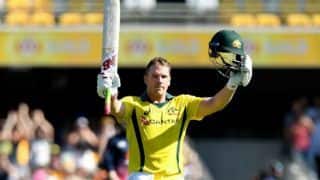 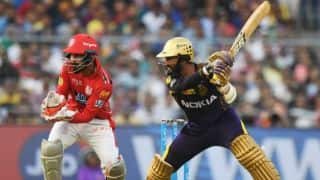