Since 2002 both umpires are required to be neutral in Test cricket.

A study led by an Indian-origin researcher has found that the introduction of neutral umpires in Test cricket has led to a drop in the number of LBW (Leg Before Wicket) decisions going in favour of home teams. Amid renewed debate on whether neutral umpiring is still required in Test matches following the introduction of the Decision Review System (DRS), the findings add credence to the claims of many cricket fans that home umpires are biased towards their own team.

Until 1994, both umpires in Test matches were from the same country as the home team. From 1994 to 2002, one of the two umpires was required to be from a neutral country and since 2002 both umpires are required to be neutral. “Our results suggest that when two home umpires officiated in Test matches, away teams were likely to suffer on average 16 percent more LBW decisions than home teams,” said lead author Abhinav Sacheti from Nottingham University in Britain.

The researchers analysed LBW decisions in exactly 1,000 Test matches that took place between 1986 and 2012 — nearly half of Test matches ever played in the history of cricket. The researchers noted that the bias among the umpires “may have been unconscious” and a possible explanation for the finding is that home umpires were unduly influenced by pressure from local crowds. The study appeared in the Journal of the Royal Statistical Society. 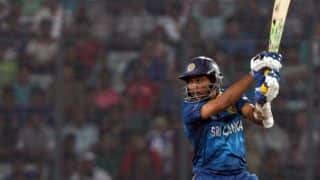