In pursuit of 354, England folded for 233 to lose the second Test versus Australia by 120 runs.

The second Test was evenly poised till Day Four of the series opener of Ashes 2017-18. They faltered on the final day to go 0-1 down.

However, after creating a realistic chance of scripting a record chase, they fell 120 runs short and are now trailing 0-2. With Australia just a victory away from regaining the urn, England coach Trevor Bayliss has asked his team to keep calm. He stated the team to maintain pressure for longer periods.

“Yes, you’ve got to take 20 wickets, but to put pressure on the opposition, you’ve got to score more than 220 in both innings. Certainly, all of our players have competed at different times during, not just this Test match but the first as well, and showed they can bat. We’ve just got to do it for longer. We’ve got to work out a way to keep that concentration and compete with the opposition.”

“We’ve got to take the positives out of it and try work out: ‘OK, when we were playing well and were competing with the bat and ball, what did it feel like?’ And then the next Test match, try to recreate that for each session, and each hour if you like, just to keep doing it.

I don’t think there’s real need to panic. Guys have shown the capabilities that they’ve got, we’ve just got to find a way to do it for longer,” concluded Bayliss. 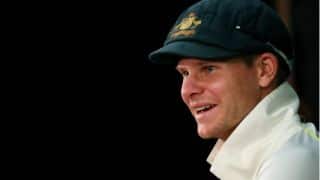 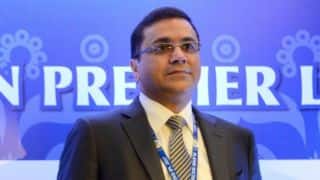