England had a steady start to third Test of the 2017-18 Ashes until they lost a set James Vince at the stroke of lunch.

England had a steady start to the third Test of the 2017-18 Ashes until they lost a set James Vince at the stroke of lunch. After bowling three consecutive maidens, an impatient Vince finally jabbed at the one he should have left. The session would have belonged to England had they not lost another wicket. Mark Stoneman remained unbeaten on 48.

After losing Alastair Cook early, Stoneman and Vince steadied England from the setback and added 63 runs for the second wicket.

Cook became the quickest to 150 Tests, surpassing Rahul Dravid. However, he had a tough time in his milestone match. Playing for an away-swinger, Cook misread the line and was trapped LBW. Mitchell Starc dismissed him for the second time in the series. He had induced a top edge in the first Test.

The track at Perth, in its last Test, has been two-paced thus far: some took off the wicket and above Time Paine, while some remained low. The English batters did fairly well to survive, approaching a positive brand of cricket. However, the Australian pacers choked the Englishmen by bowling outside off.

Lucky was Stoneman that he received more boundary balls than others. Perhaps the left-right combination forced the bowlers to falter with their lines. 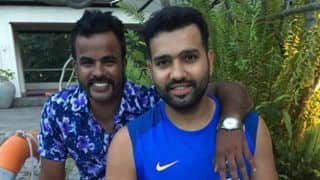 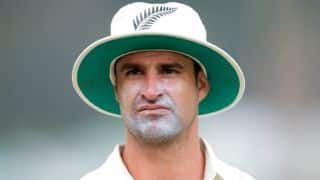