Dawid Malan is unbeaten on 110 at stumps on Day One of the third Test against Australia.

England, powered by Dawid Malan, fought back in the ongoing third Ashes Test. Trailing 2-0, they were reduced to 131 for 4. Nonetheless, an unbeaten 174-run stand the highest fifth-wicket stand for England in Perth bailed them out to reach 305 for 4 at stumps on the opening day of the third Test. Malan remained unbeaten on 110*, his maiden hundred, and revealed that he enjoyed facing a hostile fast bowling spell. The left-hander also credited his parents for all the sacrifices made to ensure he represents England.

Malan didn’t have a fruitful start to his Test career. His first four innings amassed 30 runs.

“After those first two games, I never thought I’d score a run in Test cricket to be honest. It was quite tough facing that [South African attack]. Luckily I’ve adjusted my game here and there to work at Test cricket. I’ve faced a lot of balls in this series but haven’t got the runs to show for it,” said a relieved Malan.

Australia surely is a tough place to bat. Malan agrees.

“I feel I have played pretty well in the games. I haven’t felt like I was going to get out in any of the other games but managed to get out. I’ve felt pretty comfortable. You walk out [today] and there was a tough period [at the start] and then maybe an hour later there’s another crucial period. In the other innings, I’ve given it away or got a good ball in those crucial moments.

I’ve really enjoyed the pace that these guys have come with and the short ball. You play county cricket and you’re more worried about your front pad being blown off or nicked off with 78mph dibbly dobblies. I’ve really enjoyed the challenge. They test you in different ways – not only technically but your heart as well,” added Malan.

Facing the likes of Starc, Cummins and Hazlewood

“It was hostile. It was tough to work out how to play it, whether to take it on or duck it. The wicket early on felt quite steep so you always felt like you were going to be in trouble if you took it on. Thankfully, it worked out well the method that I chose,” stressed the left-hander.

What was the thought process while batting?

“The innings I have had so far, I have been in my shell a little bit. I walked out today [and] thought I had nothing to lose so see the ball, hit the ball and do what comes naturally. It was my day.”

Going blank, and emotional, after century

“I didn’t know what to do when I got the hundred. I almost started crying. To do it in front of them – the amount of sacrifices my old man and mother have made along the way to get me here – has been great,” concluded Malan. 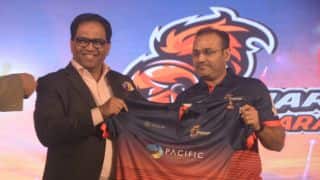 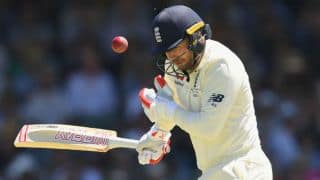