After taking Australia's last 7 wickets in 29 overs this morning, England scored 72 for 1 before taking tea on Day Two of the fourth Ashes Test at Melbourne Cricket Ground.

After taking Australia’s last 7 wickets in 29 overs this morning, England scored 72 for 1 before taking tea on Day Two of the fourth Ashes Test at Melbourne Cricket Ground. Alastair Cook, who had scored 83 runs at 13.8 in the series thus far, finally found his lost mojo. He has scored 5 delightful boundaries, and is unbeaten on 37.

Stuart Broad had taken a mere 3 wickets at 61.8 in three Tests. He, too, was seen in his elements, finishing with 4 for 51. He scooped wickets of Usman Khawaja, Shaun Marsh, Pat Cummins, and Jackson Bird. However, Tom Curran stole the limelight by making Steven Smith his maiden international wicket. Playing away from his body, Smith induced an inside edge onto the stumps.

James Anderson attained another high. He made Tim Paine his 520th Test victim, surpassing Courtney Walsh and becoming the fifth-highest wicket-taker in the format.

After England got rid of Smith, Australia slumped to 327 all-out from 260 for 3. Barring Tim Paine, none of the lower-order batters could score in double digits. Broad and Anderson made sure that Australia do not wag their tail. 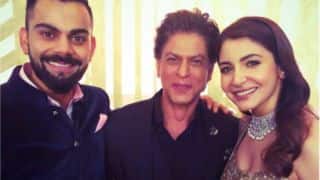