Shane Warne feels that it is England, who have been put on advantage by Cricket Australia (CA), while Australia seem to be confused.

The Australian selectors have announced the 13-member squad for the opening Test of the 2017-18 Ashes, scheduled to get underway from Thursday at The Gabba in Brisbane. With three shocking omissions from the squad, Shane Warne feels that it is England, who have been put on advantage by Cricket Australia (CA), while Australia seem to be confused with the type of squad they have announced. The trio of Matthew Wade, Matt Renshaw and Glenn Maxwell have been left out of the squad, bringing in Tim Paine, Shaun Marsh and Cameron Bancroft. Warne feels despite the unavailability of Ben Stokes and Steven Finn, it’s advantage England according to the current scenario. FULL CRICKET SCORECARD: Australia vs England, Ashes 2017-18, 1st Test at Brisbane

“Australia looks confused. They’re picking wicketkeepers [Paine] that aren’t even keeping for their state. To me, I think England are in a better situation going into that first Test than Australia are. They don’t fear Australia anymore. [They] haven’t for a long time and hence that’s why they can beat Australia,” said Warne to Nine Network.

“They have come out and said that an Ashes series isn’t the place to find form and that’s probably a fair point. They have been saying for a while that they wanted to pick guys who were in form at the start of the series and Cameron Bancroft has been,” said Mark Taylor, as reported by ESPNCrircinfo. Malan’s century keeps England ahead of CA XI

“The Australian cricket team is not a club side, it is a representative side. You need to earn your spot to get in and stay in it. He hasn’t coped well this summer,” said Ian Healy.

“He [Paine] is very consistent, his technique is good so he should be able to cope with the pressure of being catapulted into this Ashes series. He will do the job and he won’t let Australia down.”

“Someone with Shaun Marsh’s experience at the top of the order coming in at six could be handy if and when England take a second new ball. “That’s why I think he’s been given the spot.”

“Stoneman is a very good player. It won’t surprise me if he makes more runs in the series than Alastair Cook. He is a good player and I can’t believe England have taken so long to pick him as an opener when they have had so many false starts since Andrew Strauss’ retirement,” said Ian Chappell.

On both Steven Smith and Joe Root batting at No.3

“You are better off coming in at one-for-shit rather than two-for-shit. That would be my approach. But neither of them wants to.”

On the combination of Mitchell Starc and Pat Cummins

“In Australia if you are struggling for wickets you can always resort to a bit of short-pitched stuff and that is more easily done with genuine pace. England has a good attack but I am just not sure how they will go if the Kookaburra isn’t doing much. It is the extra pace of Starc and Cummins that I am basing Australia’s superiority on. If one or the other were to be injured, that would change the dynamics quite a bit.”

“Warner is a key [player]. I know he’s changed his attitude and approach and softened since, as Davey says, he’s married Candice and had kids. But I think his attitude is the key to Australia’s intent. When he walks out and bats with that intent, he always has success,” said Michael Clarke. 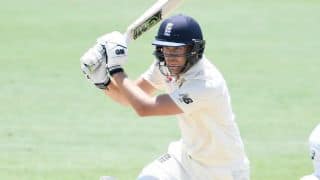 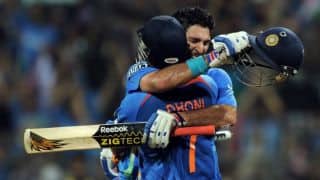