England have managed to bounce back quite well into the second Test (D/N) at the Adelaide Oval of the 2017-18 Ashes.

England have managed to bounce back quite well into the second Test (D/N) at the Adelaide Oval of the 2017-18 Ashes. However, Australian bowling coach David Saker feels that it had nothing to do with Steven Smith’s decision to not enforce the follow-on over England on Day Three. Despite having a lead of 215, Australia decided against follow-on, while they chose to bat. The decision saw Australia being bundled for mere 138, while England are currently just 178 runs short of a win, with six wickets in hand as they head into Day Five on Wednesday. Saker, nevertheless, expressed his confidence that Australia are still confident of squeezing out a win in the Adelaide Test. FULL CRICKET SCORECARD: Australia vs England, Ashes 2017-18, 2nd Test at Adelaide (Day-Night)

On Smith’s decision against follow-on

“Steven has obviously made the decision that he felt the guys had bowled enough. In hindsight, we didn’t get an opportunity to bowl with the new ball under the lights that was our chance. Maybe we got it wrong. At the end of the Test match we will review that. But if we come out of this winning the game, which I still think we will, you can say it was justified in some way. He is obviously frustrated at what has happened but I don’t think he is really ruing the decision,” said Saker during the post-day press conference.

On losing both reviews

“We got it wrong today without a doubt. It’s frustrating to not have any in the bank coming into the last day, that is for sure. I think we’re still reasonably confident. Obviously the last two days haven t quite gone according to plan. We still think we re in front. Get a wicket in the morning and I think the game changes quite quickly.” 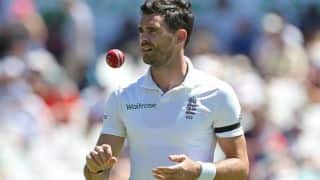 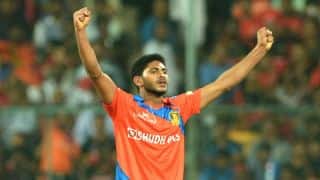