The Ashes 2017-18: Comments like 'unnameables' gives you extra incentive to make statements, fires back James Vince

The Ashes 2017-18: Comments like 'unnameables' gives you extra incentive to make statements, fires back Ja

James Vince says he was motivated to seize his new chance in England's team after being written off as a batting nobody in the Ashes tour of Australia.

James Vince says he was motivated to seize his new chance in England’s team after being written off as a batting nobody in the Ashes tour of Australia. The Hampshire right-hander, playing in only his eighth Test match and his first in an Ashes series, was on track for a dream debut century against Australia before he was brilliantly run out for 83.

British media have dubbed England ‘The Unnameables’ after they embarked on the series with some unfamiliar players, including Vince at number three. Former Australia Test opener Matthew Hayden also raised some hackles when he said: “I look down half of the list and I honestly don’t even know who half of these guys are.”

But Vince fired back: “I think reading comments like that almost gives you an extra incentive to go out there and try and make a statement.

“The first innings is nice to get some time in the middle, get some confidence and if you didn’t know who we were at the start of the day then probably (you do) now.”

Vince, 26, who admitted to some feelings of surprise after he was chosen for the Ashes following 12 months away from Test cricket, said he wanted to prove people wrong.

“I didn’t take too much notice of it. There’s a bit of chat around and I’ve had stuff since I’ve got called up after my last effort at Test cricket,” he said.

“It gives you a bit more inspiration and bit more fight to go out there and prove people wrong.”

Nathan Lyon threw down the stumps to dismiss Vince as England finished the first day on 196 for four, leaving the match delicately poised. 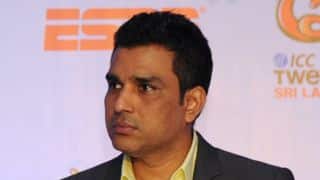 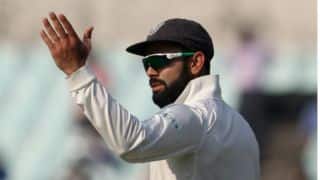