Joe Root failed to convert his fifty into a century for the fourth time in The Ashes.

Dawid Malan has backed his Joe Root to convert his innings into centuries after again missing out on an elusive first century in the Ashes series against Australia. Root took another sickening body blow when his 141-ball vigil was ended by a superb diving catch by Mitchell Marsh with two overs left on the opening day of the fifth Test in Sydney on Thursday. Root dejectedly slumped to his haunches as the Australians celebrated his wicket for 83, the fourth time in the series he has failed to convert a half-century.”No-one means to get out, I thought Rooty played fantastically well up to that point,” said Malan, who reached stumps on an unbeaten 55.

“The second new ball is always a challenge. You don t know if it’s going to swing, you don’t know if it’s going to skid off the wicket. We were definitely speaking about trying to get through this period. Still looking to be positive, still looking to have our scoring intent. Unfortunately, he clipped that to square leg and if it was two or three yards to the left or right it would have been four and everybody would have said ‘great shot’.” Malan said he had confidence that Root would finally begin converting his fifties into bigger scores with just 13 centuries from 36 half-centuries in his 65-Test career.

“He still averages 53 in Test cricket and the day will come when he will probably start converting as well as Steven Smith does or the other greats have done,” he said.”And when that happens, it will be scary to see how good he can be and how high his average can jump to.” Malan, who has been one of England’s few successes in the series with 371 runs at 53, said Root’s batting conversion failure was not spoken about within the team confines.”He’s never really mentioned it in the changing room,” Malan said.

“Joe’s disappointed when he gets out, whether he scores 150 or he scores 50. No matter who you are you want to be scoring 100s.” Malan said it was not ideal to lose two late wickets on a hard-fought opening day.”It sort of sums up where we’ve been in on this tour,” he said.”We’ve been on top for so long in games and then to make a couple of mistakes and let the Aussies back in… it’s disappointing. I thought Rooty played fantastically well to get to that position, obviously he was disappointed to get out and to be five down after the hard work we put in today.” 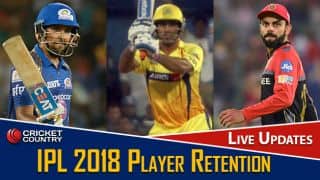