Jonny Bairstow moves up to No.6 and all-rounder Moeen Ali drops back to No.7.

England have named an unchanged side for the third Ashes Test starting at the WACA Ground in Perth on Thursday. Captain Joe Root decided to tweak the batting order with wicketkeeper Jonny Bairstow moving up to No.6 and all-rounder Moeen Ali dropping back to No.7. Paceman Craig Overton, who was handed his first cap in the second Test in Adelaide, retains his place in the side.

The holders are looking to keep the five-Test Ashes series alive after heavy defeats in the Brisbane and Adelaide Tests. England last won a Test in Perth in 1978. 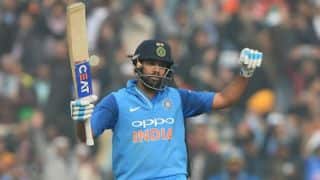