Following a tough 10-wicket loss in the opening Test of the 2017-18 Ashes at The Gabba in Brisbane, England are in a salty water.

Following a tough 10-wicket loss in the opening Test of the 2017-18 Ashes at The Gabba in Brisbane, England seem to be in a sea of trouble. Speculations are running high that the playing XI could see some changes for the second Test (day-night) at the Adelaide Oval from Saturday. However, England surprised everyone when they decided to name a 12-member squad for the first-ever day-night Test of the Ashes. The surprising element of the squad is that there were speculations of Jake Ball being dropped from the squad owing to his under-performance in the opening Test. Kevin Pietersen too had suggested the same after Ball had claimed just a wicket for 115 in the opening Test. Ball’s retention will raise eyebrows. Meanwhile, Craig Overton has been added as the 12th member in the side. FULL CRICKET SCORECARD: Australia vs England, Ashes 2017-18, 2nd Test at Adelaide (Day-Night)

Earlier, Australia too had retained the same playing XI for the Adelaide Test, following their convincing win at Brisbane. 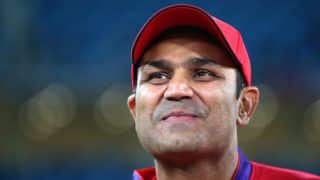 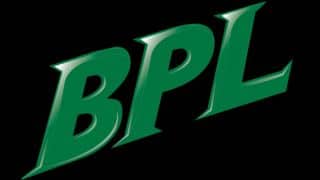