Stokes was initially named in the Ashes squad for the tour of Australia but was stood down following his arrest .

Adelaide: A day after suspended English all-rounder Ben Stokes raised speculation of his possible participation in the ongoing Ashes by flying to New Zealand for a domestic cricket tournament, his teammate Chris Woakes said England will welcome Stokes with open arms.”As an England team we’d like to see him here. As a player, as a friend I’d like to see him here,” Woakes was quoted as saying by BBC radio. “No one likes to see what he’s been through. Of course, we’d have him here with open arms, I’m sure. Ben’s a world-class cricketer and he’d make any team in the world better so it’d be silly of us to not open it up for him to come into the squad.”

Stokes was initially named in the Ashes squad for the tour of Australia but was stood down following his arrest on suspicion of causing actual bodily harm during a brawl in Bristol during England’s one-day series against the West Indies two months ago. The 26-year-old all-rounder arrived in New Zealand on Wednesday, after the England and Wales Cricket Board (ECB) last week granted him a No Objection Certificate (NOC).

The fact that he has been cleared to travel, added to the proximity of New Zealand to Australia, means that ECB will attempt to parachute Stokes into their squad immediately after resolution of the police investigation into his late-night altercation in Bristol.

On the possibility of Stokes playing in New Zealand, Woakes added: “It’s great for Ben, isn’t it? Having had two months away from the game, with a lot that stuff going around it’ll be great for him to get outdoors. I know he’s been training indoors as we’ve all seen, but nothing beats playing cricket outdoors. For him to be out there playing cricket when you’ve been kept in at home for a while it’ll be great for him. It’s great to see him back doing what he loves and what he’s good at.”

While the resolution to his police probe appears to be drawing closer, Woakes hinted that Stokes’ stint in New Zealand’s domestic cricket could well keep him in good shape if he is cleared to play the Ashes.”It’s good news for the squad as well, it doesn’t mean he’s arriving anytime soon, but at the same it means he’s a little bit closer I suppose. Fingers crossed he can get out there, play some cricket, get some form under his belt and who knows,” Woakes said.

It is expected that a decision to charge Stokes or not could come as early as Wednesday, paving the way for his inclusion in the Ashes series. England will definitely be hoping for Stokes to join the squad, specially after the 10-wicket drubbing in the Ashes opener in Brisbane.

The Joe Root-led side will be facing the Aussies in the historic day-night second Test at the Adelaide Oval from December 2-6. 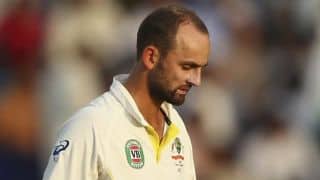 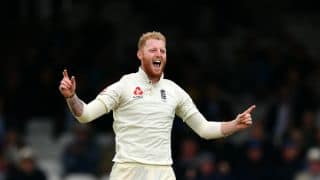 Ben Stokes to play The Ashes?