Moeen Ali missed the first two practice matches due to side strain.

England‘s Moeen Ali says he has overcome his side strain and is ready to play his first Australian tour match in Townsville this week. The Worcestershire all-rounder missed England’s opening two games in Perth and Adelaide but is available for the final Ashes warm-up game against a Cricket Australia XI starting on Wednesday.

“I am good. It’s just a slight strain on my side from throwing. It was a bit frustrating but also not a bad thing, you get a lot more work done. I feel like I am ready to play and I can’t wait to spend time in the field. We have got four days of cricket ahead. I can get a bit of game time in my system and then be ready to play, hopefully, at the Gabba”, Moeen told reporters on Monday.

The four-dayer in north Queensland is England’s last game before the Ashes series-opener in Brisbane starting on November 23.

“It’s about being ready for that first ball when it’s delivered in Brisbane,” Moeen said. He, on his first Ashes tour Down Under, says he is ready for the intensity of the series. “I’ve heard a lot about Brisbane,” he said. “It’s something you have to block out. You have to focus on your game and the situation that the team is in. I’m prepared the best I can. When you’re out there you rely on your instincts. I know it will be tough, but I’ve always backed my ability.”

England head into their third tour match on the back of a comprehensive 192-run win over a CA XI in a day-night encounter at Adelaide Oval, the venue for the second Test which gets underway on December 2.

Moeen, usually England’s number eight in Test cricket, is likely to move up the order in the absence of star all-rounder Ben Stokes, who remains at home after being arrested on suspicion of actual bodily harm. Stokes is awaiting the outcome of a police investigation into his involvement in a fight outside a Bristol nightclub in September.

“With the Stokesy situation I’ve probably got to go up the order by one, but my aim as a cricketer is to get up the order as high as I can, maybe push into a role at five or six. Obviously that’s a bit further ahead. Firstly I have to do the job at number seven”, concluded the all-rounder. 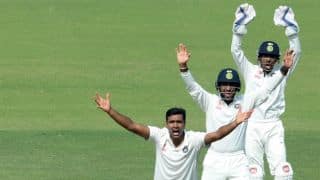 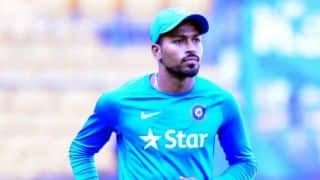