Root scored 15 and 51 as holders England crashed to a 10-wicket defeat in Brisbane against Australia.

Adelaide: Joe Root said he hoped to “contribute heavily” with the bat as England seek to bounce back in the second Ashes Test in Adelaide, where he played as a teenager and trained under Australia coach Darren Lehmann.

Root scored 15 and 51 as holders England crashed to a 10-wicket defeat in Brisbane, stacking the odds of victory against them in the five-Test series. The tourists head into the day-night game knowing that after losing the first Test, England have been beaten in every Ashes series in Australia since 1954-1955.

Adelaide has special resonance for Root, the 26-year-old Yorkshireman, who spent formative time as a cricketer in the South Australia city.

Much depends on Root scoring runs to bring home the Ashes urn, and he said it would be his greatest achievement to lead England to a series victory. “More than anything I am desperate to win this series, as a batter I want to contribute heavily in this series,” said Root, who lies third in the Test batting rankings.

“Individual stuff, I’ll worry about that when I’ve stopped playing, when I’m sat commentating on England teams of the future and I can tell everyone how good I was. For now, it’s just about doing everything I can to win this series, ultimately I’ve just got to do whatever I can to win games of cricket in the next four games.

“Personally, this would be the biggest achievement of my career so far.”

If England win the series, Root will join illustrious post-World War II England skippers Len Hutton, Ray Illingworth, Mike Brearley, Mike Gatting and Andrew Strauss in leading a side to Ashes glory in Australia. Root comes full circle in Adelaide, where he nurtured his game as a teenager. He spent five months in the city when 19 playing at the Prospect club.

“I really enjoyed the city and working very hard at the Darren Lehmann Academy,” he recalled. “I think it’s quite funny how things work out, isn’t it?

“At 19 years old I was working at his academy and now we’re in an Ashes series where he is the coach of the opposition side.” Off the back of his time in Adelaide, Root made his County Championship debut the following season.

“So the work I did over the year and all the stuff that winter set me up for the following summer, it was instrumental in my development,” he said. 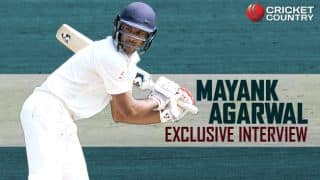