Ahead of The Ashes 2017-18 opener between Australia and England, Josh Hazlewood has urged the Australian youngsters to step up and take more responsibility. This will also ease skipper Steven Smith and David Warner’s workload. In recent times, Australia have faltered under pressure whenever Smith and Warner have failed. Their batting order is thoroughly dependent on the duo, and will depend on the likes of Matt Renshaw, Peter Handscomb and Glenn Maxwell to stand tall against England.

Hazlewood in conversation with Sky Sports Radio told, “When they put up those stats up of hundreds scored over the last 3-4 years, it really does show that (Steven) Smith and (David) Warner score the bulk of those. I think it’s a case of a couple of young guys standing up. It’s going to be a big series for Usman Khawaja. He’s obviously fantastic on home soil, he’s very confident of his ability here. I think (Peter) Handscomb and (Matt) Renshaw can hopefully stand up and put some big scores on the board. Take that bit of pressure off the skipper and vice-captain.”

Hazlewood also spoke on the chinks in England’s armour and the Ben Stokes’ factor. “They’ve got a couple of experienced guys at the top with Root and Cook, but there’s obviously some gaps there which are well documented. The extra pressure falls on (Jonny) Bairstow and (Ben) Stokes, if he ends up coming, and senior bowlers. There’s a few gaps there in the top-order that we can hopefully exploit and put that extra pressure on those experienced guys,” Stokes adds some balance to the team but whether he comes out or not is out of our control”, added Hazlewood on Stokes’ availability.

The England Test vice-captain’s presence Down Under has come under scrutiny following his pub brawl incident in Bristol last week. 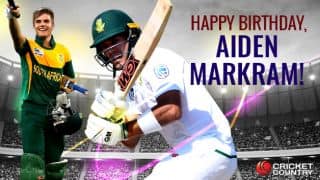 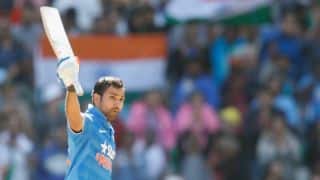