The live cricket streaming of the match will be available on Sony LIV and ESPN.in.

Steven Smith‘s double-century and Mitchell Marsh‘s maiden ton helped Australia pile on runs on Day Three of Perth Ashes Test. They were 549 for 4 in their first innings. Smith and Marsh remained unbeaten on 229 and 181 respectively. They took a lead by 146 runs. En route to his double-century, Smith crossed 1,000 Test runs in a calendar year while Marsh silenced his critics by smashing a ton at his home ground, in his comeback game. However, heavy rain is predicted on the fourth day by late afternoon. It was a forgettable day for England who managed to scalp just a wicket. They leaked 346 runs. 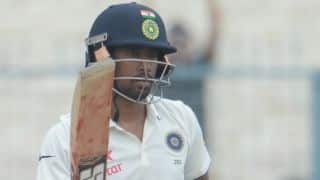