The 2017-18 Ashes has reached the ultimate stage. Australia will take on England in the fifth and final Test at SCG in Sydney. It is also the 10th Pink Test at th venue. However, there are some changes brought in for the finale: Mitchell Starc returns to the squad while Ashton Agar sits out and Chris Woakes is ruled out and debutant Mason Crane will make his debut. Australia have already clinched the Ashes with an unassailable 3-0 lead. However, they would not mind making it 4-0, unless England have some big plans in place.

Meanwhile, Steven Smith who was unsure until Tuesday due to sore back is back and fit for the final game. The 604 runs that Smith has scored is the fourth-most by a captain in an Ashes series, with the 810 that Bradman had scored in 1936-37 being the most. Another century in Sydney will see him join Bradman, Herbert Sutcliffe and Wally Hammond as the only men to score four hundreds in the same Ashes series. 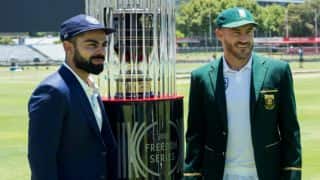 India's No. 1 Test ranking under no threat even if South Africa sweep series 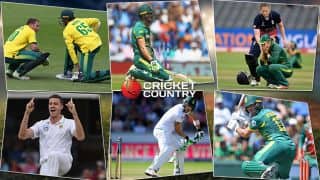