Moeen Ali continued to under perform in the ongoing Ashes 2017-18. He went wicket-less in the first innings of the fourth Test giving away 57 runs from 12 overs.

Moeen Ali continued to underperform in the ongoing Ashes 2017-18. He went wicketless in the first innings of the fourth Test, giving away 57 runs from 12 overs. Moeen has claimed 3 wickets so far at 124.33 and in contrast, the off-spinner from Australian camp, Nathan Lyon has bagged 15 wickets at just over 27. Moeen’s bat too has done little talking, managing 116 runs at 19.33. Michael Hussey joined the chorus, calling for Moeen’s exclusion and favoured the inclusion of leg-spinner Mason Crane.

Speaking to cricket.com.au, Hussey said, If his role is to be a frontline spinner then his position is definitely in danger. But if he s a batsman that can help out with the ball, he d certainly like a few more runs but maybe he s got a bit more rope.

In my mind, he s a very good batsman who can help out with the ball. In good conditions like we have in Australia, he s not going to run through a team and take five wickets.

Hussey believes it is time England added some variety into their bowling attack and Mason’s inclusion could do that.

There s a bit of a sameness to their attack. I think having a top quality spinner in there, maybe a wrist spinner (would help). I know it s a gamble to bring in someone inexperienced like a Mason Crane, but you ve got to get 20 wickets and if it s the same type of bowling coming down at you all the time, the Australian batsmen will get used to it very easily. Finding a wicket-taking spinner would be handy, the Australian great added. 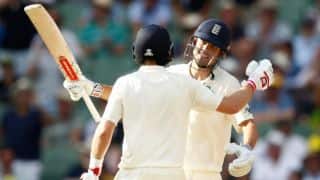 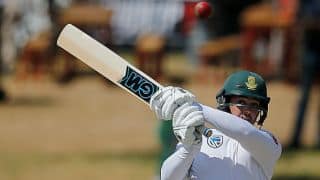