Mitchell Marsh has been selected in Australia's squad in order to manage the workload of the pace trio Mitchell Starc, Josh Hazlewood, Pat Cummins.

Few hours after Australia stamped their authority against England at Adelaide, they announced a 13-man squad for the third Test at Perth. All-rounder Mitchell Marsh got a nod, owing to his form in the Sheffield Shield, and will be keen to have a go. Post his selection, Marsh stated that he has gone the hard yards to regain his spot, and is confident of delivering the best if included in the playing XI.

“I’m feeling really confident in my game at the moment so it’s a great feeling. As an all-rounder in the Australian team with our attack, I’m obviously not going to be bowling 30 to 40 overs a game. But I’ve worked hard over the last eight months to get my body into a position where I’m now playing again as an all-rounder so that’s really exciting.

That’s all part of playing Test match cricket, playing cricket at the highest level. You go through troughs and right now I’m feeling really confident in my game.”

‘The game of cricket is just a game’

“When you’re playing cricket for Australia there are a lot of distractions outside the inner sanctum but (Shaun Marsh) is just really concentrating right now and it’s great to see. Last year I wasn’t performing at my best and in the game of cricket you can get pretty down on yourself. I’ve come to realise that the game of cricket is just a game. I’m here to play and I’m here to do my best for the team.

As long as I prepare well and do everything I can I know now that I’ll be able to do a job for Australia”, concluded the younger Marsh.

Marsh has been included to manage the workload of the pace trio of Mitchell Starc, Josh Hazlewood and Pat Cummins for the reminder of the Ashes. Starc picked up a five-for to derail England’s chase at Adelaide. On the other hand, Cummins and Hazlewood have kept it tight and maintained pressure by getting vital breakthroughs. 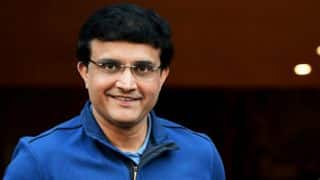 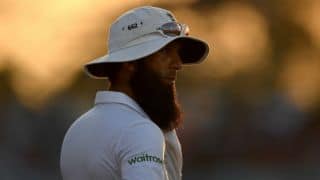