Australia slammed England by 10 wickets in the first Test at Gabba taking a 1-0 lead.

Australian skipper Steven Smith on Friday announced the home side will play an unchanged XI against England in the second Test at Adelaide starting on Saturday. This will be the first-ever day-night Ashes Test. The only cause of concern going ahead were the fitness of Mitchell Starc, Josh Hazlewood and Pat Cummins, all of whom were found in good rhythm in last evening s practice session.

Chadd Sayers and Jackson Bird will fly back to respective state side to play Sheffield Shield matches. Speaking about the day-night Test, Smith said: “It looks like a bit harder than we’ve probably seen it for a while for a pink-ball game. It looks like there is slightly less grass. I’d say it’s somewhere between an old Adelaide wicket and the newer wicket we’ve seen over the last couple of years.

I think not as much sideways movement. There will still be good pace in the wicket but I think it looks a pretty good wicket.”

Australia slammed England by 10 wickets in the first Test at Gabba taking a 1-0 lead. 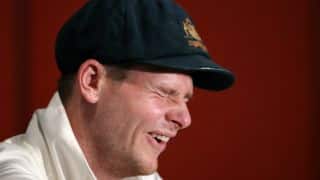 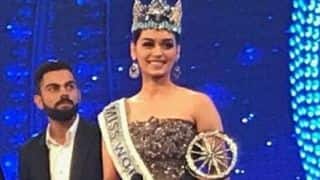