Australia managed to salvage a draw in the Boxing Day Test versus England, and remain 3-0 up in Ashes 2017-18.

The penultimate Ashes Test ended in a draw. All eyes are now on Mitchell Starc‘s return. Starc had been nursing a bruised heal, which forced him to miss the Boxing Day Test. Australia managed a draw against England courtesy an unbeaten 102 from Steven Smith and 86 from David Warner. In the post-match conference, Smith remained doubtful over Starc’s inclusion for the fifth and final Test. The New Year’s Test will commence from January 4 at Sydney. Australia have already regained the urn, and are ahead 3-0 in the series.

“Not sure yet. We’ve still got a little while before that game, more time for him to recover. We’ll see how he goes,” affirmed Smith. “[We decided] probably late yesterday afternoon when it started raining. It was a pretty slow wicket and pretty tough to get guys out throughout the whole game. Reverse swing came into play, but it was still so slow, you couldn’t really get both sides of the bat for that long so it was a nice wicket to bat on to not get out, but it was hard to score on at the same time.” Alastair Cook: Never thought Steven Smith would turn out to be the player he has become 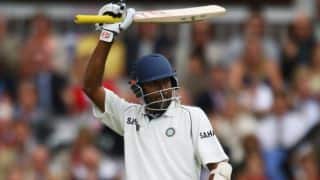