Trevor Bayliss believes the incident shook the morale of his side and increased pressure upon them in a series which has started with a defeat.

Jonny Bairstow was recently investigated by ECB for head-butting Cameron Bancroft at Perth bar ahead of The Ashes. Although both players have played the incident down, it has not gone well with coach Trevor Bayliss. Ben Stokes street-brawl case is still being investigated. England players have been under scanner since then. The Bairstow incident has added fuel to the fire.

Bayliss believes the incident has shaken the morale of his side and has increased pressure on them in a series England have already started with a defeat. Although Bayliss thinks Bairstow has not broken any code of conduct, the players have made some dumb decisions over past couple of months. As per Bayliss, a ban on alcohol and introduction of curfews might be considered. While addressing the press, Bayliss spoken in length about the Bairstow-Bancroft incident.

We are here to play cricket

It has given not just the Australian team but the media the chance to get involved with stuff other than cricket. That’s the disappointing thing and that’s what we’ve got to be better at. We want to get on with the cricket. But it has given the opposition ammunition to put pressure on as well. We are here to play cricket and we have to find a way to play as well as we can and have no distractions from outside that.

There was no malice in it

There was no malice in it and Jonny did not break the code of conduct we had in place before this [but] I’m sure there will be a review of that. Probably we will tighten up curfews. I’m sure there will be further discussion between management and players. We have to be smarter. Most people like going out at night for couple of quiet ones, but you have to be careful you don’t do anything stupid. If that means not having anything to drink then so be it.

Any team will take any opportunity to get stuck into the opposition and make them feel uncomfortable wherever possible. If you put yourself in that situation, you are fair game. We have to be careful we don’t do that in future. 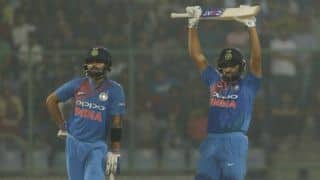