Ben Stokes led England to their comeback triumph with a blistering 135 not out to keep alive his side’s hopes of regaining the Ashes after they were bowled out for 67 in the first innings.

Stokes put on an incredible 73-run last-wicket partnership with number 11 Jack Leach to see England to a win that levelled the series at 1-1 with two games to play.

Former England captain Gower was enthralled by Sunday’s dramatic conclusion and he told Good Morning Britain: “At 73 for the last wicket, that was the target, it just doesn’t happen.

“I’ve played in games where it’s nearly happened and people have gone through to that 11th wicket still getting the runs, nudging the singles, the main man sort of does the job, but that was just awesome.

ALSO READ: ‘Outrageous’ Ben Stokes revels in ‘one of the two best feelings ever felt on a cricket pitch’

“I don’t like hyperbole, but that was the most awesome cricket I’ve seen ever, pretty much.”

Stokes’ innings was likened to Ian Botham’s 1981 match-winning innings on the same ground, not least by Botham himself.

“You’ve got to remember that Ben Stokes is the ‘special one’ because he is capable of a lot of things,” Botham told Good Morning Britain.

“He’s growing into a bigger and better cricketer every day and I think he is special, and yesterday was box office.

“To be honest with you, when you’re in that situation I think it’s a no-win situation in many people’s eyes, so you’ve got nothing to lose.

“You go out there and you enjoy yourself, you play. In ’81 I had a guy called Graham Dilley that batted at the other end and he played magnificently and that was a one-off, I think that was his highest score.”

Stokes was also one of the star performers when England won their first World Cup with a sensational final victory over New Zealand in July.

“Ben’s capable of many, many things in this game of cricket and yesterday he went out there and I think he enjoyed himself and I think that’s half the key,” Botham added.

“He went out there determined, but he enjoyed the moment. It’ll knock the stuffing out of Australia.”

Former England pace bowler Steve Harmison said it was “written in the stars” that it was going to be Stokes’ day.

Harmison, part of England’s incredible win in the 2005 Ashes, said the all-rounder was special.

“He’s always been a special talent. He didn’t play the greatest of shots in the first innings and then in the second innings, he said to the captain ‘right, give me the ball, Jofra Archer is off’,” Harmison said.

“Stokes has got his team in a position to win the game and he’s gone and done it himself yesterday afternoon.

“It brought a lump to your throat, a tear to your eye and to see the people at Headingley jumping and screaming, English cricket, Test match cricket – it’s been a fantastic summer for the game that we all love.

“I think it was written in the stars that it was going to be Ben Stokes’ day and he fully deserved it.” 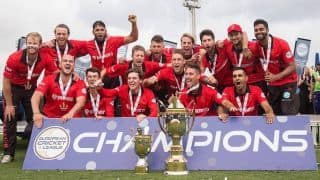 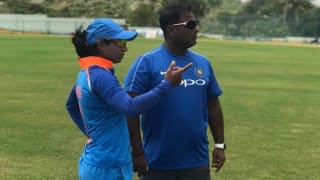