Michael Atherton has welcomed the inclusion of Jofra Archer in England's 12-man squad for the second Ashes Test.

Former captain Michael Atherton has welcomed the inclusion of Jofra Archer in England‘s 12-man squad for the second Ashes Test that gets underway from August 14 at the Lord’s.

England are playing catch-up after suffering a big 251-run defeat to Australia at Edgbaston in the series opener. Steve Smith, who returned to Test cricket after his year-long ball-tampering ban, scored twin centuries setting up a comprehensive win.

Atherton believes England have been missing a tearaway fast bowler and Archer will prove to be a handful owing to his sheer pace, especially to the in-form Smith.

“The biggest change is Archer coming into the team,” Atherton told Sky Sports. “Smith has run riot against England over the last six Test matches when they have hit him with a diet of right-arm medium pace – they haven’t had any pace in their ranks at all.”

He continued, “Suddenly they are going to get Archer, who is fast, and that is going to be the test for Smith. Archer looks a nightmare to face because he gets tight to the stumps and gets his pace from jogging in.”

Archer bowled the Super Over in the ICC Cricket World Cup 2019 final that eventually helped England lift their maiden trophy.

A month after his world cup heroics, Archer is set to make his Test debut making the cut after veteran James Anderson was ruled out owing to a calf injury which he aggravated during the opening day of Edgbaston Test.

“Any little glitch in your technique is exaggerated if the bowler is tight in, plus if someone tears in – like Allan Donald – you are kind of ready for it, get a nice view of the ball, but Archer ambles in and it looks devastating,” Atherton said.

England have also cut down out-of-form allrounder Moeen Ali who returned figures of 3/172 and managed four runs across the two innings at Edgbaston. In his place, they have brought in left-arm spinner Jack Leach.

Smith’s perceived weakness against left-arm spinners might have prompted the England team management to bring in Leach who has 20 wickets in five Tests.

But Atherton has asked England to observe caution. “I would urge a word of caution over the expectation on Leach, though. People are saying left-arm spin gets Smith out but that is often in the subcontinent against really high-class operators like Rangana Herath when the ball is spitting like a cobra and turning big,” he said. 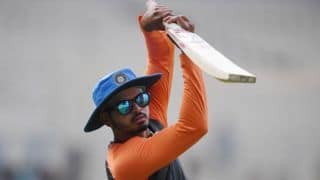 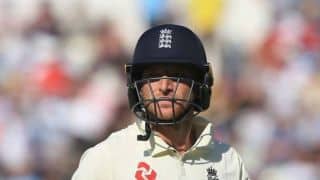