Ahead of the much-awaited The Ashes 2017-18 both Cricket Australia (CA) and English and Wales Cricket Board (ECB) have unveiled the Ashes cricket game. The cricket game has been developed by Big Ant Studios, which has been fully licensed by the respective boards. The game play will feature Men s and Women s Ashes series over 3 major platforms Playstation 4, Xbox and PC. It will officially be available in November.

He further added, And by working with the likes of Big Ant to develop products that meet this need we are positioning ourselves as leaders in the cricket gaming space globally. The anticipation for the summer of cricket is building and this game will give our fans another way to be a part of the cricket excitement.

This is absolute gold from @Gmaxi_32! Check out his impersonations of @stevesmith49 and @phandscomb54 … and just wait for his JL! pic.twitter.com/7SKrL5HzlE

The development of the same saw as many as 35 DSLR camera being used to record real-time movement of players. Steve Smith, Glenn Maxwell, Emma Inglis and Mackinley Blows were involved with the motion capture recording process.

Talking about the game, Big Ant CEO, Ross Symons said, We have produced a true Ashes cricket game, through and through, but we ve also made sure that our heritage in sports games remains true. 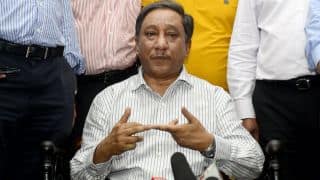