A little over a week before the first Test against India, Australia coach Justin Langer has outlined his expectations of what the national cricket team must stand for and adhere to on and off the cricket field.

“We’ve got some great teams in Australia, but the Australian cricket team it’s the whole country, the 48-year-old former Test star said on Thursday. “It’s not some of the eastern states who love a particular sport, it’s Australia’s team and if we can make Australians proud, that’s what we stand for.

Speaking to cricket.com.au, the current Test captain Tim Paine endorsed Langer s views. It’s a bit of a self-check thing for us, with everything that we’re doing whether it be on the field or off the field,” he said. “If you can ask yourself that question ‘am I making my fellow Australians proud?’ and answer that with a ‘yes’ then we’re on the right track. That’s what’s driving us at the moment.”

Paine was thrust into the captaincy in the immediate aftermath of the of the ball-tampering scandal which saw former captain Steve Smith, former vice-captain David Warner and Test opener Cameron Bancroft handed bans from international and state cricket. He led Australia in the fourth Test of that tour and was ODI captain until this month when Cricket Australia named Aaron Finch full-time leader of the limited-overs teams.

Paine s Test captaincy began with a handshake with Faf du Plessis at the start of the fourth Test in April, which he said was a way to show that Australia are not all brash and aggressive.

“I just think it’s a bit of a no-brainer it’s a show of sportsmanship, and that’s about it,” Paine said. “It doesn’t mean we’re going to be the nicest team in the world to play against, by any stretch of the imagination. We’re still going to be really competitive and really fierce out on the ground, but I think there’s just got to be that respect between the two sides.

“I think some people just took it the wrong way they thought it means the Australian cricket team is going to be overly nice, or a bit soft, but it’s not that at all, he said. “It’s just about having respect for your opposition, respect for the game, but as soon as we cross the line we’re absolutely in it to win it.”

Langer and Paine s comments came in the week in which Michael Clarke asserted that playing tough cricket is part of Australia s cricket culture and that walking away from it will not help the team win a game. Play tough Australian cricket, because whether we like it or not, that is in our blood. If you try and walk away from it, yeah we might be the most liked team in the world, we re not going to win s**t, we won t win a game. All we can want to do is want to win, the Ashes and World Cup-winning captain said.

His former Australia and New South Wales team-mate Simon Katich was quick to respond, reminder Clarke that the reputation of the team has been badly tarnished and that Australia needed to work harder to clean up its image.

Paine also responded to Clarke’s statement, saying that the team is looking at regaining the trust and respect of the Australian public. 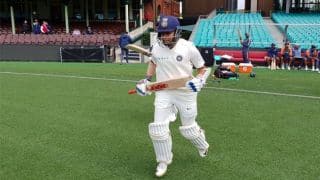 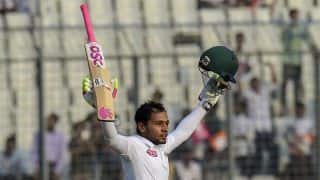