The story about Shoaib Akhtar's cricketing days is very well-known among the fans but the story about him becoming a cricketer is much more interesting.

Former Pakistani pacer Shoaib Akhtar is undoubtedly the fastest bowler produced by his country. He may not have huge number of wickets in international cricket but is still considered as a legend among the all-time pacers. Famous for his nickname — Rawalpindi Express,  besides bowling fast Akhtar was involved in plenty of controversies throughout his career and injuries as well. He announced himself in international cricket in the year 1997, when he was just 22-year old. The story about his cricketing days is very well-known among the fans but the story about him becoming a cricketer is much more interesting.

Akhtar revealed some interesting stories of his struggling days recently in a famous show in Pakistan — ‘The Sportsman’ hosted by Wasim Akram and said, “It started with 1992 World Cup after watching your two wickets of Allan Lamb and Chris Lewis, Imran Khan‘s stylish hair after which a dream began followed by struggle. There was lot of struggle in my career. I was always street smart, good in school but was not aware of what do in life. There was a long struggle but I always kept my spirits high and never looked down on myself. I was very unusual, be it in college or anywhere, I used to stand out and come forward aggressively and there were lot of jealousy factor in the area where I used to live because when you are moving up so fast one has to face resistance and that is good, so that you do better. ”

Talking about the lack of infrastructure and proper facilities in Pakistan, Akhtar said, “We had plenty of grounds but except that there was no such infrastructures where we can play and grow. There were lot of things but surely there was a long struggle such as waking up in the morning and running in the evening with no money in pocket. There is a saying in Punjabi, At the time hunger, you won’t have money and when you have money then you do not feel hungry.”

Rawalpindi express further spoke about how he became a fast bowler, “Honestly, first I saw you, then Imran bhai (Imran Khan) and then Waqar Younis. Then I thought of copying all three of you so that I become something. Sometime, I used to try your action and copy Waqar’s gesture of moving fingers on face.”

Akhtar later shared an interesting anecdote about Waqar’s little finger and added, “He doesn’t have one finger and I used to keep imitating Waqar and how he used to utilise his finger all the time. Once while talking I asked him, why you don’t open your hand fully? Waqar replied very gently that there is no little finger in my left-hand. So while copying, I realised, inspiration and heroes are very important. If there are no heroes there wouldn’t be any inspiration. So, in the process of copying, I became a different product and since I am not that handsome like Imran bhai, so it is impossible to become like him and this is the way I started. However, one thing was clear, that I always wanted to be a fast bowler right from the very first day. I wanted bowl very fast and this was the only thing which I always wanted to do.”

Akhtar further spoke about his rebellious nature and explained the reason behind him being like this. “My life started with NO. No, you cannot do this, no you cannot become big, and no you cannot have money, no, no, no. That no subsequently become the part of my personality and whatever I had to do will start with a no. So, you cannot become a fast bowler, I tried and became. Many people used to criticise me in my department. ”

Akhar then revealed another story about his life where he had no money to go for a trial. “There was a trial for Pakistan International Airlines (PIA) as my friends told me, which was held at ground of Nawab in Model Town, Lahore and I had no money. I had no idea how to get there and my family asked me, where are you going? I said I don’t know. Then, I somehow managed to convince the bus conductor by sitting at the roof and whenever they used to ask me for fare, I used to come down but again I used to go up the moment bus started moving because the huge vehicle was not faster than me. In this way, somehow I reached Lahore and spent the whole night on the road. Since, I had to reach ground of Nawab in the morning, which was quite far from the city of Lahore but then somehow I went there and saw 5,000 players.”

Akhtar further added another opened up and revealed another story about how he managed to give that trial with standing in the queue. “I thought when my chance will come in this trial when there are 5,000 players and Zaheer Abbas was sitting there and I had no clue how to impress him. Then, I started running around the ground like Rocky and the moment I came close to him, I started showing off and after five rounds, Zaheer bhai called me asked who am I? I replied saying; I am a very fast bowler and asked for a chance. Rashid Khan was also standing there and Zaheer bhai asked me to bowl and said, let’s see what you are going to do. I took my 50-yards run-up and the first ball was a fast bouncer which hit the batsman’s helmet followed by a menacing delivery, which struck his ribs and continued. Zaheer bhai then asked, who is this mad bowler and someone said, just another mad guy from Rawalpindi. Then, he called me and offered a job, he also gave me 500 rupees. This is how I got into PIA.”

From then, there was no stopping for him and in next few years, Akhtar became a huge name in Pakistan cricket and later represented the national side. That was truly an inspiring story of Akhtar. 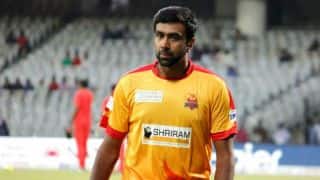