Karun Nair‘s exclusion for the West Indies Tests has left former India captain Dilip Vengsarkar baffled. Since making a triple-century in 2016, a feat that including him only two Indians have achieved so far, Nair has played just three more Tests for India.

He was part of the India squad for the five-Test series against England but did not get any game even when middle-order batsman Hanuma Vihari received a maiden call-up and went on to make his India debut.

Vegsarkar, who played 116 Tests for India between 1976 and 1992, termed the inclusion of Vihari in the playing XI for the fifth and final Test as ‘demeaning’ to Nair asking for an explanation from the Indian team management for meting out such treatment to the Karnataka batsman.

“However, since then, he has been out of the playing eleven, and even when he was in the squad, Vihari was flown in from India and was preferred to Karun for the last Test at the Oval, which I feel is not only demeaning for the batsman but most unfair. Only the wise men of Indian cricket can explain why such a treatment is being meted out to a Test triple centurion. The entire case is quite intriguing,” Vengsarkar said.

Strong performance in the unofficial Tests against South Africa A and Australia A recently where he took 25 wickets in three matches saw pacer Mohammed Siraj earning a call-up to the India Test squad. Vengsarkar has backed the selection saying the 24-year-old has been picked up at the right time.

“It’s very important to select the player when he is at the peak of his career, and Siraj, who did exceptionally well for India A, got picked at the right time,” he said. 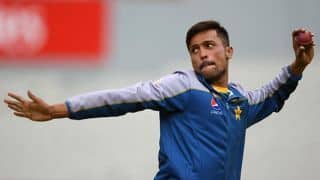 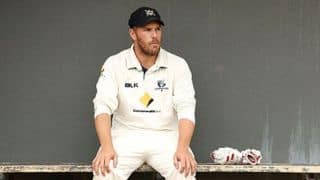