With the Indian Premier League likely to take place after September in place of the T20 World Cup, former Australian skipper Ian Chappell feels national players should give domestic cricket more importance than the T20 league.

“Well this is coming from someone who’s never been a fan of the board, but the top players are looked after very well by Cricket Australia these days, so I think there’s an obligation there,” the 76-year-old told Wide World of Sports.

“It’s also a chance to stand up and say the cricket world isn’t going to be pushed around by India. I could mount a case more for a peripheral player who doesn’t earn a lot of money in Australia; if the bulk of his income is going to come from the IPL, well that’s something I would have some sympathy for if I was a CA board member. But the top players are well paid, and that argument doesn’t hold any water. Their obligation should be to Australia,” he added.

Meanwhile, the Australian season starts with the Marsh Cup, which will be followed by the Big Bash League. Pat Cummins, who had joined Kolkata Kight Riders for a record price of Rs 15.5 crore, was the biggest pick in the auction. Steve Smith, Glenn Maxwell, David Warner, and Nathan Coulter-Nile also have IPL contracts.

Some of the biggest names in Australian cricket are slated to represent franchises in the IPL, hence it will be important to see what gets precedence. 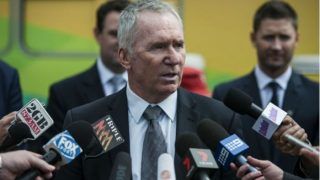