Bangar speaks on how he worked with Virat Kohli, Rohit Sharma, Shikhar Dhawan and others to iron out their technical issues.

Sanjay Bangar‘s five-year stint with the Indian men’s cricket team came to an end after the recently concluded West Indies tour and while his exit was marred by the team management’s inability to find the right No.4 for India’s ODI setup, the 46-year-old looks back at his at the stint with happiness, that saw India being No. 1 in Tests for three years in a row.

In an interview to The Times of India Bangar talked about varied topics during his role as the batting coach of the team and later assistant coach, giving insights on how he worked with Virat Kohli, Rohit Sharma, Shikhar Dhawan and others to iron out their technical issues.

ALSO READ: ‘Reflect, refresh and reinvent’ Sanjay Bangar looks ahead to the future

Bangar, whose India career lasted just over three years, was often mocked for his lack of international exposure and how could he coach the likes of Kohli. However, Bangar opened up in detail about the the technical aspects of his coaching and the specific areas he worked with the Indian cricketers.

“Virat always looks to iron out deficiencies,” Bangar told TOI, elaborating, “We worked on his alignments, positioning on the crease, his approach in seaming conditions.”

On Dhawan, Bangar said the Delhi batsman worked on staying behind the line of the ball that opened up scoring areas for the left-handed batsman.

“Shikhar was initially considered to be an off-side player, he used to stay beside the line of the ball. We worked on how he could get behind the line and open up scoring areas and overcome his dismissals against the short ball.”

ALSO READ: Bangar barged in to selector’s room after being removed as India’s assistant coach: report

Rohit Sharma too had issues with the incoming deliveries and Bangar worked on improving the Mumbai batsman’s head position.

“With Rohit, we worked on his head position to overcome problems against incoming deliveries from right/left arm angles,” he said.

Cheteshwar Pujara had a horrible start to the summer last year in England, but managed to regain his form in the later part of the season and Bangar revealed that he had to work on Pujara’s stance to get the batsman back among the runs.

“In Pujara’s case, we worked on reducing the width of his stance and being more upright. It is to their credit that they worked to unlearn old methods,” added Bangar.

“Never. My experience in dealing with players is that once they trust you, they are more concerned about their future rather than the coach’s past,” he added. 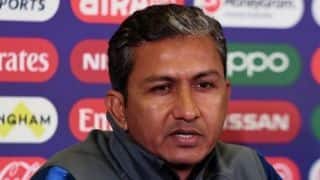 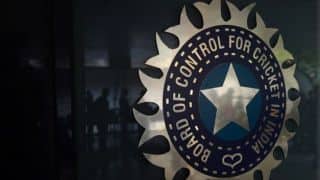