Marsh scored 251 runs from 8 matches, with two half-centuries and was one of the bright spots in a rather gloomy season for the DC

New Delhi: Australia all-rounder Mitchell Marsh had a fruitful stint with Delhi Capitals in the IPL 2022. Even though the team failed to make it to the playoffs after losing seven of their 14 games, Mitchell Marsh performed exceptionally well. The all-rounder scored 251 runs from 8 matches, with two half-centuries and was one of the bright spots in a rather gloomy season for the franchise.

Marsh didn’t play for the team in the initial few games due to injury before eventually getting a game, only to be ruled out again after contracting COVID-19. However, in his second stint with the DC team, Marsh looked a lot more confident and played some blistering knocks to help DC win crucial games. Speaking to cricket.com.au, Marsh revealed that he felt he was cursed in India.

“After my first couple of weeks there I thought that I was cursed in India,” Marsh said.

“I got through my initial injury – which was very minor – but then to play one game and get COVID, it was a bit of a shaky start but once I got going it was nice to put a few consistent performances on the board,” he said before adding “I absolutely loved my time there.”

Marsh was also high in praise for DC head coach Ricky Ponting and said that the former Australian skipper really cares for the players and makes them feel comfortable in the dressing room.

“Everyone speaks about him so much and what he’s achieved in the game, but I got a real sense of how much he cares for his players – I guess that’s probably what he was like as a captain and a leader of a team,” he said.

“Just the way he makes you feel – he made me feel like I was a really important player for Delhi. You gain confidence from that when a leader instils that sort of confidence in you,” Marsh said.

DC missed out on the playoffs slot and finished fifth in the league. The team is yet to win a title in 15 years of IPL. 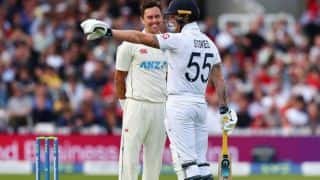 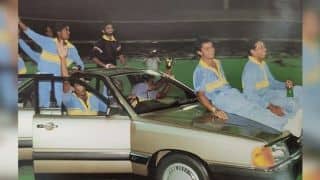