Tendulkar - at long-off - had to run 25-30 yards to come in and then catch the ball with one hand. Sachin Tendulkar is easily one of the finest to have ever held a bat. The batting legend was also a good bowler and has won Indian games with his bowling as well, but as a fielder, despite being better than decent – he was underrated. In his cricketing career spanning in excess of two decades, Tendulkar took some fine catches and some breathtaking ones as well.

Tendulkar was drafted into the national side as a young 16-year-old in 1989 when he toured Pakistan and played the fierce fast-bowling of Wasim Akram, Waqar Younis, and Imran Khan. A year later, when he was 17 – he went on his first tour to England. In that tour, he took what could easily be one of the best catches ever in Test cricket.

It was Allan Lamb who hit the ball up in the air off Narendra Hirwani, and Tendulkar – at long-off – had to run 25-30 yards to come in and then catch the ball with one hand. It was a stunning catch as the commentators were also in disbelief of what had happened. Lamb had to make the long walk back for 19 off 27 balls.

It was difficult and other fielders may not have even attempted that catch, but Tendulkar was young at 17 and full of energy. Despite the catch, India ended up on the losing side as they were thrashed by 240 runs. Graham Gooch, who scored a career-best 333 was named the man of the match. In that match, Tendulkar scored 10 runs in the first essay and 27 in the second. 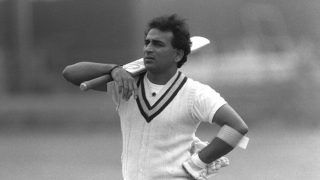 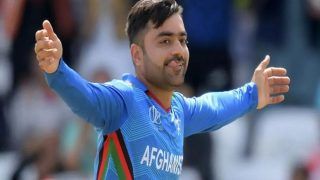