Tiger Pataudi has a special place in Bhopal history

Tiger Pataudi has a special place in Bhopal history

Not many know that Mansoor Ali Khan Pataudi -- grandson of the last Nawab of Bhopal, Hamidullah Khan -- had done two things in his life that cannot be denied place in the history of Bhopal and its Muslim people. 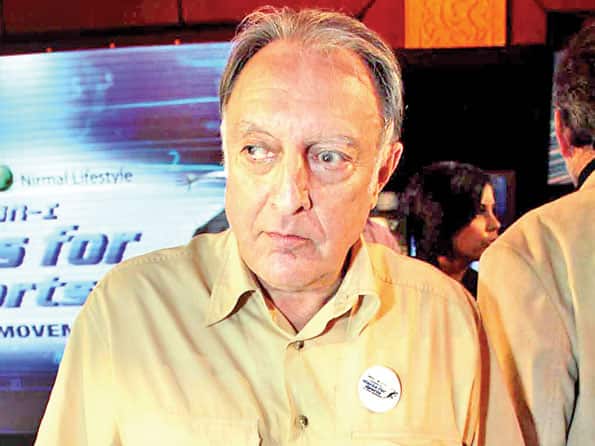 Not many know that Mansoor Ali Khan Pataudi — grandson of the last Nawab of Bhopal, Hamidullah Khan — had done two things in his life that cannot be denied place in the history of Bhopal and its Muslim people.

The Bhopal-born Pataudi had donated a piece of land in the City of Lakes for a mosque later named after his mother.

And he recommended that his elder daughter, Saba Ali Khan, succeed him in Awqaf-e-Shahi — the princely waqf properties he was managing in the name of God for charity.

Pataudi donated the land for a mosque in 2003. Five years later, he recommended Saba’s name as naib-muttawalli or deputy patron.

Pataudi, associated more with glamour than matters of faith, had donated the land named after Sajida Sultan, Bhopal’s last begum.

Earlier, the city had several mosques but none had been built or sponsored by a male regent.

The Taj-ul-Masjid, Moti Masjid and Jama Masjid in the former princely state — ruled by three generations of begums for a century from 1829 — were all built by women rulers.

“It had remained one of the biggest ironies of nawabi rule in Bhopal, spread over 240 years, that none of the male regents built a mosque,” said Arif Aziz, author of several books on mosques in the Madhya Pradesh capital.

Some say, Pataudi got the nickname Tiger because he had killed a tiger at the age of 16 in the forests of Madhya Pradesh.

“Tiger may not have directly built Masjid Sajida Sultan but his contribution had been immense,” Aziz said.

The current market price of the land, which forms part of Pataudi’s personal fortune, is said to be around Rs.7 crore.

Spread over 19,600 square feet and overlooking the serene Bada Talab (big lake), the mosque has a separate enclosure for women that can accommodate around 150.

In 2008, when the mosque came up, Pataudi and daughter Saba visited the city and Tiger recommended her as deputy patron of the dozens of shrines, orphanages and religious trusts that are part of the princely waqf properties of Bhopal.

Pataudi had given a signed letter in Urdu to authorities. It said: “I have been fulfilling my duties as mutawalli of Awqaf-e-Shahi, Bhopal. However, I feel the time has come to share my burden.”

“I, therefore, propose my elder daughter Saba as asnaib mutawalli (deputy patron). As per the merger agreement between State of Bhopal and the state government, Saba may be appointed as my deputy so that she acquaints herself with the functioning of waqf during my lifetime.”

Keeping in mind the religious sentitvity, he had preferred Saba as his deputy. His other two children, Saif Ali Khan and Soha, belong to film industry.

Once Saba becomes mutawalli, she will become the first woman head of the Awqaf-e-Shahi – since the end of princely rule – to govern religious properties worth over Rs.300 crore, including Bhopal’s picturesque Jama Masjid.

Now, Saba will also have special discretionary powers to sanction free lodging at the Rubat in Makkah and Medina. The Makkah Rubat near the Kaaba, considered the House of God by Muslims, is one of the most sought-after accommodations during Haj.

Together, the two buildings can house approximately 300 Hajis (pilgrims), who are not charged for their stay. The properties are managed by the Indian consulate in Saudi Arabia.

In 1991, Pataudi contested parliamentary election from the Bhopal Lok Sabha constituency but lost to Sushil Chandra Verma of the Bharatiya Janta Party.