Tillakaratne Dilshan was emphatic with the bat and brought up his hundred in 116 deliveries.

Tillakaratne Dilshan was emphatic with the bat and brought up his hundred in 116 deliveries. He anchored the Sri Lanka innings and was supported with minor contributions from other batsmen as he took Sri Lanka over the line in the second One-Day International (ODI) against New Zealand.

The New Zealand bowlers were unable to make dismissals at regular intervals and in the end Sri Lanka crossed the line with ease. Dilshan lost his wicket but only after seeing Sri Lanka within 12 runs from victory. From there Angelo Mathews had absolutely no trouble in taking Sri Lanka over the line.

Dimuth Karunaratne contributed with 21 runs. Kumar Sangakkara scored 38, Mahela Jayawardene assisted the cause with a 27 and finally Mathews continued in his good form to score an unbeaten 39 off 46 balls and even brought up the winning runs for his team with a powerful boundary to the square-leg boundary.

Matt Henry, who also picked Dilshan’s wicket was the most threatening of all the New Zealand bowlers, picking two wickets for 38 runs in 9.4 overs. New Zealand may rue the decision to exclude him from the ICC World Cup 2015 squad.

The other bowlers were pretty ordinary. Adam Milne has not learnt how to translate his pace into a wicket-taking ability. He was the most expensive of the lot conceding 61 runs in 8 overs at an economy rate of 7.62. Daniel Vettori, was economical conceding 40 in his 10 overs but didn’t manage to get a wicket.

Earlier, New Zealand skipper led the way with a fabulous knock of 117 in just 99 deliveries. But most other New Zealand batsmen were pathetic. Their innings saw four run-outs too, which considerably impeded the scoring rate. Daniel Vettori, Corey Anderson, Luke Ronchi and Nathan were the ones who lost their wickets to poor running.

New Zealand finally managed to post only 248 runs, losing the tenth wicket in the last ball of the 50th over. Riding on Dilshan’s century Sri Lanka chased it down comfortably by six wickets with 2.2 overs to spare. Virat Kohli: Every game important when playing for India 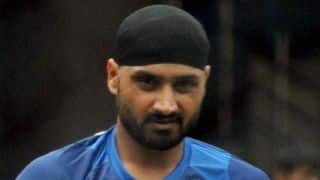