Tim Paine has revealed he knew his leadership role in Australia's ODI setup was a temporary arrangement following the ball-tampering scandal.

Cricket Australia (CA) banned captain Steve Smith, vice-captain David Warner and Cameron Bancroft for changing the condition of the ball using a sandpaper during Cape Town Test earlier this year. Head coach Darren Lehmann stepped down and Justin Langer succeeded him into the role. Wicketkeeper-batsman Paine was picked up as a surprise choice to lead the teams across Tests and ODIs.

His first assignment was a bilateral ODI series in England which they lost 0-5. Next, they traveled to UAE where they lost a two-Test series 0-1 and lost three-T20I series 0-3. Paine was then stripped from ODI captaincy with Aaron Finch replacing him. Paine also lost his place in the ODI squad that will face South Africa in a three-match series at home next month.

Paine says the arrangement to hand him the ODI leadership duties was made to give a sense of stability after Langer’s appointment. “I saw it coming before the UK tour, to be honest,” Paine was quoted as saying by Cricket.com.au on Wednesday. “The plan was to focus just on Test cricket. Then obviously what happened, happened and all of a sudden, we didn’t have a captain or vice-captain. So I think it was about having some stability in the team when Justin first took over.”

Paine was under no illusion that he was a long-term prospect and that only a surreal form would have seen him lead the side at the ICC World Cup 2019. “But I was always aware of the fact that I wasn’t going to be the person going forward for the World Cup and they would look in another direction. Clearly, had I gone there and scored three hundreds, things might have been different. But I knew the plan was that this was the way they’d be going,” he said.

He feels that captaining the side in just Test will help him keep his focus in just one format. “I think it will be (a blessing in disguise). It’s one of the things that I’m quite excited by to just focus on one form of the game and focus on how I want this (Test) team to develop,” Paine said.

Despite a poor ODI record recently that has seen them slump to the sixth spot in team rankings, Paine is positive that Australia will see through this phase and that Finch is capable enough to launch a successful defense of their World Cup title in England next year.

“I think our best cricket in one-day cricket can really surprise people. (Finch is) in the prime of his career, he’s playing beautifully, and I think at the moment he’s playing so well, he’s growing in confidence in everything he does. He’s our best player in 50-over cricket at the moment. Having played with him and against him in state cricket, he’s clearly a really good captain, he’s very good tactically. Like myself, we’re developing our leadership and trying to get better,” Paine said. 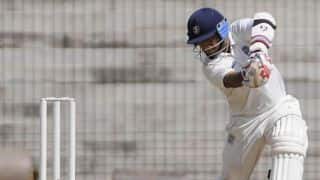 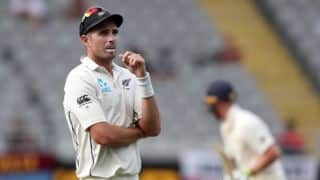