Tim Southee has said that the Kiwis are hardly under any pressure ahead of the decider, while instead they are excited for it With the three-match ODI series being locked at 1-1, the third and final ODI now turns out o be a decider The five-match ODI series in 2016-17 too went on to a decider, which was won by India 3-2

It has been second time in a row that a bilateral series between India and New Zealand has gone on to a decider. The third and final ODI of the ongoing series will be played on Sunday at Green Park in Kanpur. New Zealand fast bowler Tim Southee has said that the Kiwis are hardly under any pressure ahead of the decider. FULL CRICKET SCORECARD: India vs New Zealand 2017-18, 3rd ODI at Kanpur

Southee on the decider

“No pressure, it’s more excitement I would say. There was an air of excitement around the guys today at training. Obviously, we feel freshened up after the day off yesterday. The series is on the line tomorrow. That’s what we play for and like I said, good sides have come here and walked away empty handed. I guess it’ll be nice to seal the series here. But India are a tough team in their own conditions as they have shown that over a while,” said Southee during the pre-match press conference, as reported by PTI. Bhuvneshwar: Arun’s role in the Indian team is invaluable

The beauty of a series is as it goes on it’s the same for both teams. You get more information about the opposition batters and there’s information going out there as well. Obviously it’s a different ground and it offers different challenges, so if we can adapt to that quickly and see what is working then we’ll go a long way in a good bowling performance. India vs New Zealand T20I in Delhi to be called off due to pollution?

On the training ahead of the decider

Training today was nice; it wasn’t too hot. We know that coming to India, the heat is always a challenge. What we experienced in Mumbai was something, some of the players never experienced before…the humidity and the amount of fluids lost. Pune was relatively nice. It is different again here.

On the New Zealand side

We were involved in a lot of preparations coming into the series. Various guys were participating in different competitions around the world, be it in the Caribbean or in England or some of the guys on the A tour here. Some of the guys had breaks too. We came together in Mumbai where we had two good warm-up games before that first one dayer. India bounced back nicely. Now with the series on the line, as I said, a lot of good sides have come here and haven’t been able to move India over, so it’ll be very satisfying if we could do that tomorrow. 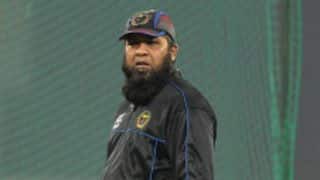 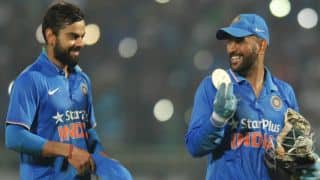