Virat Kohli bats at No 4, which is considered as a crucial position in Test cricket and lack of consistency from him in the middle order is affecting India badly, especially when other middle batters haven't also been that impressive.

New Delhi: After dominating world cricket for almost a decade, Virat Kohli is going through an ‘unprecedented’ lengthy lean patch, which is hurting Indian cricket badly and there are doubts over star batter’s cricketing career in the longer run.

During his impressive career, Kohli has been one of the most consistent all-format batter, who made jaw-dropping chases and found the safest possible way to score plenty of runs.He was absolutely smashing records after records and was a genuine threat to master blaster Sachin Tendulkar’s record of 49 ODI and 51 Test hundreds.

But, things have gone drastically downhill for Kohli in the last two years. The 33-year old Kohli has gone more than 100 innings in all forms of cricket including IPL without scoring a hundred since hitting 136 in Kolkata against Bangladesh in November 2019.

The star batter has often got starts but he hasn’t been able to convert them into big scores. He has even gone past fifty several times since that innings in Kolkata but hasn’t managed to hit his 71st international century yet. And his failure to score big in the recently concluded Edgbaston Test against England has once again brought the scars.

Before playing the Edgbaston Test, India played a warm-up match against Leicestershire County Cricket Club during which, Virat looked in encouraging form. He looked in decent nick, stroked a fine fifty and was the pick of the Indian batters against the Leicestershire XI.

However, he failed to replicate that against England and had scores of 11 and 20. Interestingly, he was again looking good but couldn’t continue that batting longer, which raises the question whether Kohli is short on confidence or lack of concentration is hurting him? More importantly, is there any technical flaw in his game?

During a discussion on Sony Sports, Sanjay Manjrekar talked about Kohli’s poor form and said that the modern-day great is low on confidence and there are some technical issues in his batting along with slight bad luck.

“What do I say, as an expert when I see I have some opinion that the confidence has gone down a little, he is enduring slight bad luck also, there are technical issues, I feel he is playing a lot on the front foot but it is not because of this he is not scoring runs, runs are scored despite all this. Everyone does not have technical perfection but they score runs,” said Manjrekar.

“Virat Kohli’s form is surprising me because it came suddenly. When great batters go out of form, they come back in form quickly. You will have to say that we don’t know how the out-of-form phase has gone on for so long,” he added.

Why is Virat’s poor form a cause of concern for India?

After managing scores of 11 and 20 against England, Kohli dropped three places to 13th in the latest batting rankings in Tests on Wednesday, which very much shows the effect of his continuous bad form especially in the longest format of the cricket.

The Delhi-born cricketer bats at No 4, which is considered as a crucial position in Test cricket and lack of consistency from him in the middle order is affecting India badly, especially when other middle batters haven’t also been that impressive. His competitor Joe Root has performed exceedingly well at the same spot and is having amazing consistency for England.

In T20 cricket, the former India skipper is often criticised for his slow strike rate at the top-order considering the shortest format of the game is witnessing a massive change in terms of attacking mindset. Playing for RCB in the IPL 2022, Virat opened the innings and his strike rate continuously dipped after the powerplay overs, which used to put pressure on other batters.

Irrespective of the format, Kohli’s inconsistency of runs is the biggest issue. When the star batter was at the peak of his career, he had a mind-blowing consistency, which is not the case now and it’s getting longer with each passing game.

Despite having the lean patch for two and half-years now, Virat still has one of the best career records in world cricket. But cricket is not played on past glories and the current form plays an integral part in any sports person’s career as Kohli’s current performance is not justifying the standard, which he has set for him.

Keeping in mind the inconsistency and poor form, there have been murmurs on social media about Kohli’s exclusion from the team. Understandably, there are no loud and clear voices, who are calling to drop the star cricketer, given his stature in Indian cricket.

In the past, various legendary cricketers like Saurav Ganguly, Virendra Sehwag, Gautam Gambhir, Yuvraj Singh and others have been dropped based on their poor form. And just a few months back, Cheteshwar Pujara and Ajinkya Rahane were excluded from the Test squad. Though Pujara made his comeback after scoring runs in County cricket, Rahane is still out.

Many youngsters are consistently knocking the doors with impressive performances in domestic cricket and they can only get a chance if someone makes way for them. However, only time will tell, whether the selectors or team management will take a bold call to drop Kohli or not. 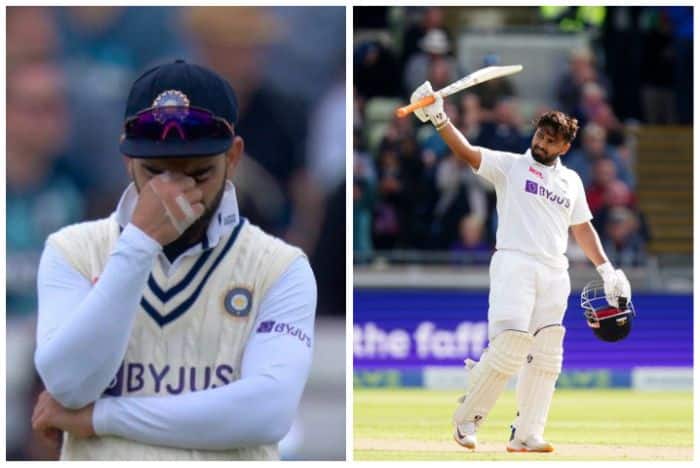