The appointment of former India opener WV Raman as the coach of the India women s cricket team draws to a close, hopefully, a turmoil ridden period for the women s team after the spat between former coach Ramesh Powar and veteran player Mithali Raj went public and veered into ugly territory with all parties involved finding themselves in embarrassing situations.

Here s a timeline of India women’s coach saga that transpired after the high of a terrific ICC Women s World T20 2018 performance by the Harmanpreet Kaur-led side that saw the team make it to the semi-final stage of the tournament:

BCCI appoints Ramesh Powar as interim coach of the India Women s cricket team in July on the back of Tushar Arothe s resignation. Powar is in charge of the camp that begins in Bengaluru from July 25.

Powar gets the job till ICC Women s World T20

In August, Powar is appointed the head coach of the team with assignments including the tour to Sri Lanka in September, a bilateral series in West Indies in October followed by the ICC Women s World T20 in West Indies in November. Powar becomes the the third person to hold the post of women s team coach in the past one and a half year after Purnima Rau who was removed after the World Cup in 2017 and Arothe.

Indian women s team success in limited-overs series in Sri Lanka draws plenty of praise from coach Romesh Powar. India women beat Sri Lanka 2-1 in the three-match ODI series followed it up by emphatically sealing the five-game T20Is 4-0. India women ended the tour on a high with a comprehensive 51-run win in the fifth T20 match

Praise for the coach from players

India woman batter Veda Krishnamurthy feels communication has improved within the team ever since Ramesh Powar took over as its coach and believes that his appointment is leading the team in the right direction.Since Powar has taken over, the team has had success in Sri Lanka in both ODIs and T20Is against them, followed by a 3-0 beating inflicted on Australia. The team also underwent intense preparation during a training camp in Mumbai.

Harmanpreet Kaur strikes a record-breaking century to power India to a record 194/5 against New Zealand in their opening match, leading her team to victory. Mithali Raj doesn t open the innings. India then beat arch-rivals Pakistan. Mithali is back to opening the innings and scores a match-winning fifty in chase. Mithali scores 51 in a easy win over Ireland. India then top the group with a huge win over a strong Australian side by 48 runs. Mithali misses the game owing to an injury.

Mithali dropped for the semi-final

Mithali, fit for the semi-final, is not picked as India crash to 112 all out on a slow track. The lose to England by eight wickets. Mithali s non-inclusion raises eyebrows and brews up a storm.

Harmanpreet is a manipulative, lying cheat, an undeserving captain: Mithali’s manager lashes out

The news of Raj s omission doesn’t not go down well with her manager Annisha Gupta, who lashes out at Kaur and the Indian think tank on Twitter.

Veteran fast bowler Jhulan Goswami says that the Indian team management must have their reasons behind the decision to bench Mithali Raj. Sourav Ganguly says that he faced the same fate when he was at the peak of his career.

Mithali lashes out at Powar, CoA member Edulji in letter to BCCI

Mithali states that she was humiliated by coach Ramesh Powar and few people in power are out to destroy me. Harmanpreet Kaur s call to support the decision of the coach was baffling and hurtful, she adds.

Shantha Rangaswamy reckons coach Ramesh Powar will also have to be answerable.

Today, my patriotism doubted, my skill set questioned it s the darkest day of my life: Raj

In response to Powar s report to the BCCI and CoA, Mithali takes to twitter stating that this is the darkest day of her life

The BCCI invites applications, eyeing men of international stature, for the position of the Indian women’s team head coach on the very day Powar s contract is up for renewal.

Though Harmanpreet and Smriti are for Powar’s extension, it is learnt that Ekta Bisht and Mansi Joshi are against his reinstatement along with ODI captain

The BCCI s ad-hoc committee comprising former captain Kapil Dev, Anshuman Gaekwad and Shantha Rangaswamy recommended the shortlisted names to the Board. However, a cloud of uncertainty remains over Kirsten s appointment as the South African is not keen on giving up his plum job with Indian Premier League franchise Royal Challengers Bangalore. Efforts are being made to convince him, according to sources. 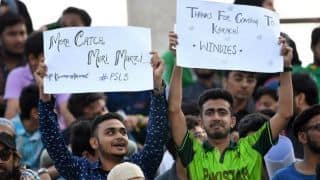 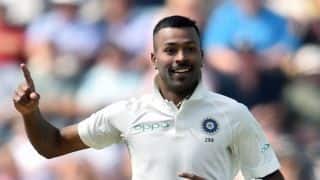